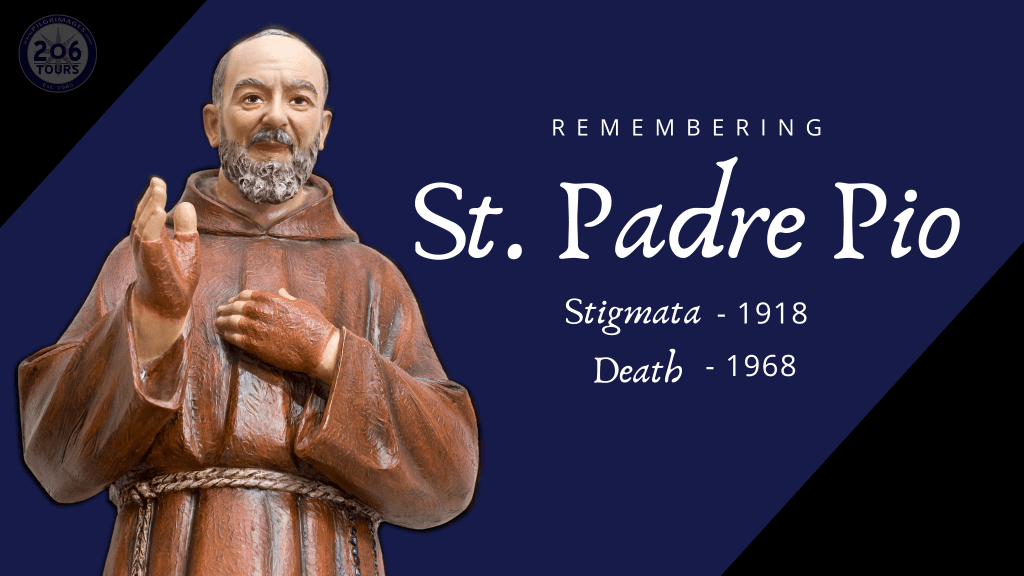 Check out our blog post, “14 Pieces of Advice from Saint Padre Pio” for some inspirational quotes!

Saint Padre Pio is famously known for his stigmata, visions, and the gift of healing. His stigmata first appeared on September 20th, 1918 while he was hearing confession. The Stigmata directly mimics Christ’s Crucifixion and Passion wounds on his hands, feet, and side. The wounds had a floral odor, often referred to as the, “odor of sanctity”, and the Stigmata was perceived by many as evidence of holiness. With much skepticism surrounding Saint Pio, he was investigated many times, but all the doctors commissioned by the Holy See confirmed his Stigmata is to have been a gift from God. 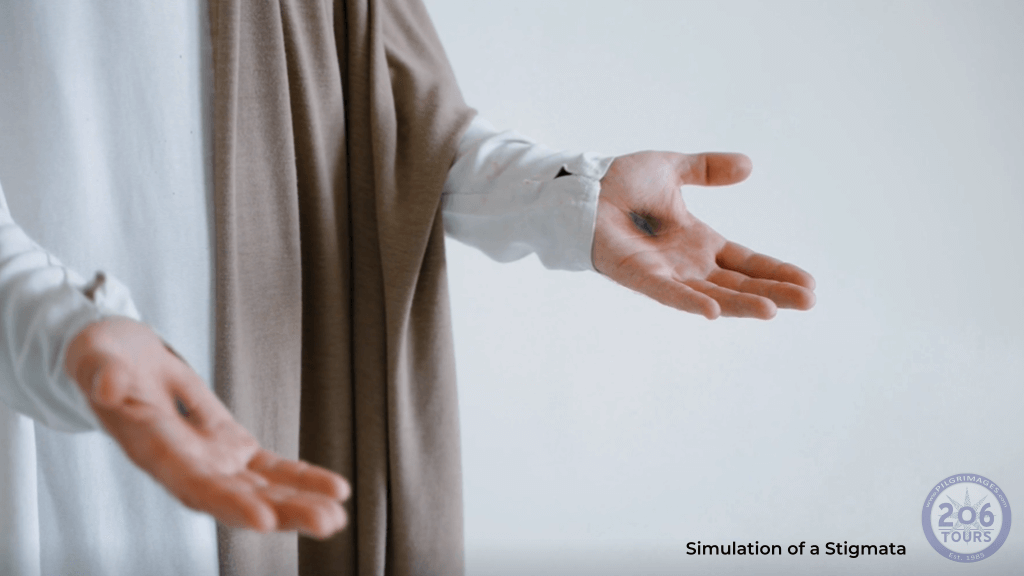 As Father Sean Connolly mentions in his recent article for Catholic World Report, Padre Pio’s “devotion to prayer, fasting, and penance was superhuman.” From as early as 5 years old, Saint Pio dedicated his life to God, and throughout his life remained extremely connected to Christ. He was known to speak directly to Mary, Jesus, and the Angels, in addition to his gift of visions, and ability to bi-locate and read souls. Saint Pio barely ate or slept, yet always pushed through his pains, demons, and illnesses to serve God and His people in a way that demonstrated supernatural physical resilience and unwavering Faith.  To Fr. Sean’s read the full article, click here.

In the late 1940s, Saint John Paul II visited Saint Padre Pio and confessed to him. There, Saint Pio shared that he had a prophecy that Saint John Paul II would one day serve the highest post in the church. As we all know, he went on to be elected Pope in 1978, and subsequently, Beatified Padre Pio in 1999, and Canonized him in 2002.

On September 20th, 1968, Saint Padre Pio had endured 50 years of living with his stigmata and began to feel great fatigue. The next day he celebrated his last Mass in San Giovanni Rotondo, in a town packed with Pilgrims who came to see him. On the morning of September 23rd, Saint Padre Pio made his last confession and renewed his Franciscan vows before stating he could see two mothers, presumably his own mother and Mary, and whispering “Maria!” with his final breath.
Throughout his life, Catholics would travel great distances, and wait outside for weeks to confess to Saint Pio. Likewise, his funeral Mass received the same response and was attended by over 100,000 people.
Saint Padre Pio had often said that his real mission would begin after his death, and now – 50 years after his death, we still remember and honor him, forever inspired by our modern-day biblical Prophet. Many Catholics honor Saint Pio’s life by making a pilgrimage to San Giovanni Rotondo. To learn more about how you can remember Saint Pio through Pilgrimage, visit – Shrines of Italy or All Italian Shrines.