206 Tours - The Leader in Catholic Tours

Since 1985, we have been building a solid reputation and a very loyal customer base. We are committed to doing our part so that each client has an unforgettable grace filled journey. All of our pilgrimages are accompanied by a Priest, who celebrates Mass daily, daily Rosary, and is available for Confession We operate regularly scheduled pilgrimages (Tours 1 - 226) year-round, with monthly departures. We also offer many "Special Pilgrimages" - whose itinerary may revolve around a special event (Canonizations, Beatifications etc), or has been arranged by a particular group leader, priest or Church. Depart from anywhere in the U.S. or Canada, and we will arrange you on the most direct flight, available at the time of your booking, from your hometown. If you are looking to encounter God, in the very places where He has revealed himself, or, to experience these sites in a unique way, join us. Take in all of the sites and inclusions from our standard pilgrimage, along with lectures and stories, in the accompaniment of some of the Catholic Church's most revered members. 206 Tours destinations: The Holy Land, Italy, France, Spain, Portugal, Croatia, Medjugorje, Poland, Czech Republic, Austria, Greece, Argentina, Ireland, Germany, Hungary and Mexico. A Tour Guide will meet you in your arrival city, and stay with you throughout your pilgrimage until you dropped off at the Airport for your return flight home.

In the early 80's, Milanka, our founder made a pilgrimage to Medjugorje. While there, most important activity revolved around evening services and in particular specific time of 20 minutes to 6. Pilgrims, and locals alike, eagerly await for twenty minutes to six (20 to 6) PM, which is the time the alleged apparitions. It was after that trip, that the "fruits" would become "206 Tours" and since "206 Tours" number continued to show up, in the form of "Office Address", "206 Bones in the Human Body" etc, Thus... . the name was born.

In 1985 Milanka Lachman founded 206 Tours at just 27 years old after a life changing Pilgrimage to Medjugorje. While working for Yugoslav Airline in the early 80's, Milanka began helping people travel to Medjugorje, which at the time was a very small village of just 300 people who opened their doors to the pilgrims that began to visit their beautiful village. After her experience she felt called to create a company that could help others have transformational experiences as well. It was an incredible undertaking for a single mother of two with no money, no connections, no business experience, no knowledge of theology and no connections to clergy.

Milanka is happily married, has grown children and several grandchildren. She holds the title of Lady Commander with Star in the Equestrian Order of the Holy Sepulchre of Jerusalem and has built one of the nation's leading Pilgrimage companies. Of the 460,000 Pilgrims who have traveled with 206 Tours, 63,000 of the pilgrimages were completed free of charge. Her strong leadership and faith have built a beautiful network of employees, partners, clergy, and pilgrims around the world who are keeping the act of pilgrimage alive and heralding prayer, reconciliation, and peace! 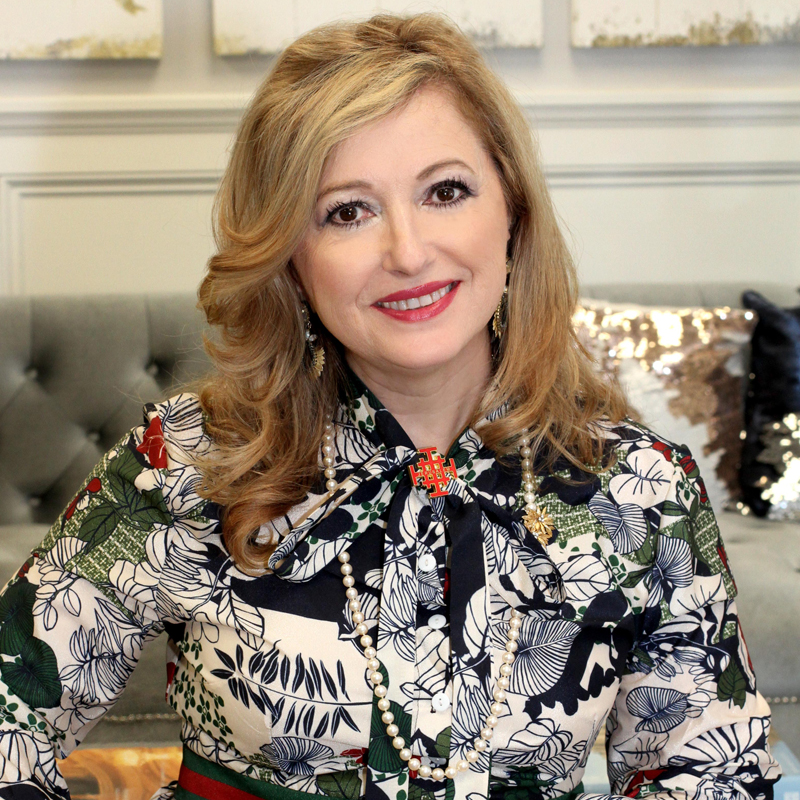