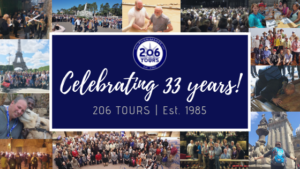 In 1983, Milanka Lachman was working for Yugoslav Airlines when she received several calls from people asking for help arranging travel to Medjugorje to witness the Marian Apparitions there. She could hear in their voices that these people felt called to make this Pilgrimage and felt suddenly strongly compelled to help them get there. She gave these clients her personal home phone number fearing she could be fired by her Communist superiors if she were heard discussing Medjugorje.

Though it was a difficult task, Milanka accepted the challenge and arranged a non-stop PanAm flight to Dubrovnik, secured hotel space, and organized for a driver. At the time, Medjugorje was a small village of only 300 people who were opening their doors and sharing meals with Pilgrims free of charge. Milanka was so moved by her first Pilgrimage experience that she felt called to dedicate her life to facilitating the act Pilgrimage for other Catholics, and 206 Tours was born.

In October of 1985, in a small town on Long Island, Milanka set out to create her company. At just 27 years old, she was a single mother of two with little experience in the travel industry, no money, no family, no clergy connections, and no support. Milanka approached the task with Faith, knowing that God would help her in her mission to help others answer His call of Pilgrimage.

Thirty-three (33) years later, 206 Tours has grown into one of the country’s leading Pilgrimage operators facilitating over 300,000 Pilgrimages to 28 countries all over the world. Every Pilgrimage is accompanied by a Catholic Spiritual Director who says Mass and is available for the Sacrament of Reconciliation daily. With hundreds of regularly schedules departures and the ability to create one of a kind custom group pilgrimages, 206 Tours helps Catholics to deepen their relationship with God.

Of the 300,000 Pilgrimages completed, 63,000 of those have been free of charge. Tens of thousands of lives have been changed through Pilgrimage with 206 Tours, and hundreds of people have been called into Priesthood or experienced vocation callings. The Holy Father has noted that, “Pilgrimage is one of the most eloquent expressions of the faith of God’s people” and 206 Tours also understands that the call to service and charity is also one that will deepen Catholic Faith. Holding charity and service as a core value, 206 Tours have been blessed to be able to support many Catholic charities in the 33 years, helping to grow the Catholic community not only on Long Island, but also all over the world. Learn more about how 206 Tours gives back here.

In 33 years, the 206 Tours family has seen firsthand, and learned the importance of Pilgrimage and how it can completely transform lives. While on Pilgrimage, deep and long-lasting friendships and connections are often made, faith is renewed and revived, and life takes on a new meaning.

In the years to come, 206 Tours aims to make Pilgrimage even more accessible to the Catholic community, maintaining the originally goal of helping others to experience Pilgrimage. The strength and perseverance of 206 Tours is attributed to the strong network of employees, partners, clergy and pilgrims around the world who are keeping the act of Pilgrimage alive and of course all credit and Glory to God, as without Him, the last 33 years would not have been possible.

Judith Weible on Medjugorje & the Future of Pilgrimage

Send Intentions to Our Lady Undoer of Knots

Send Intentions to Our Lady Undoer ... 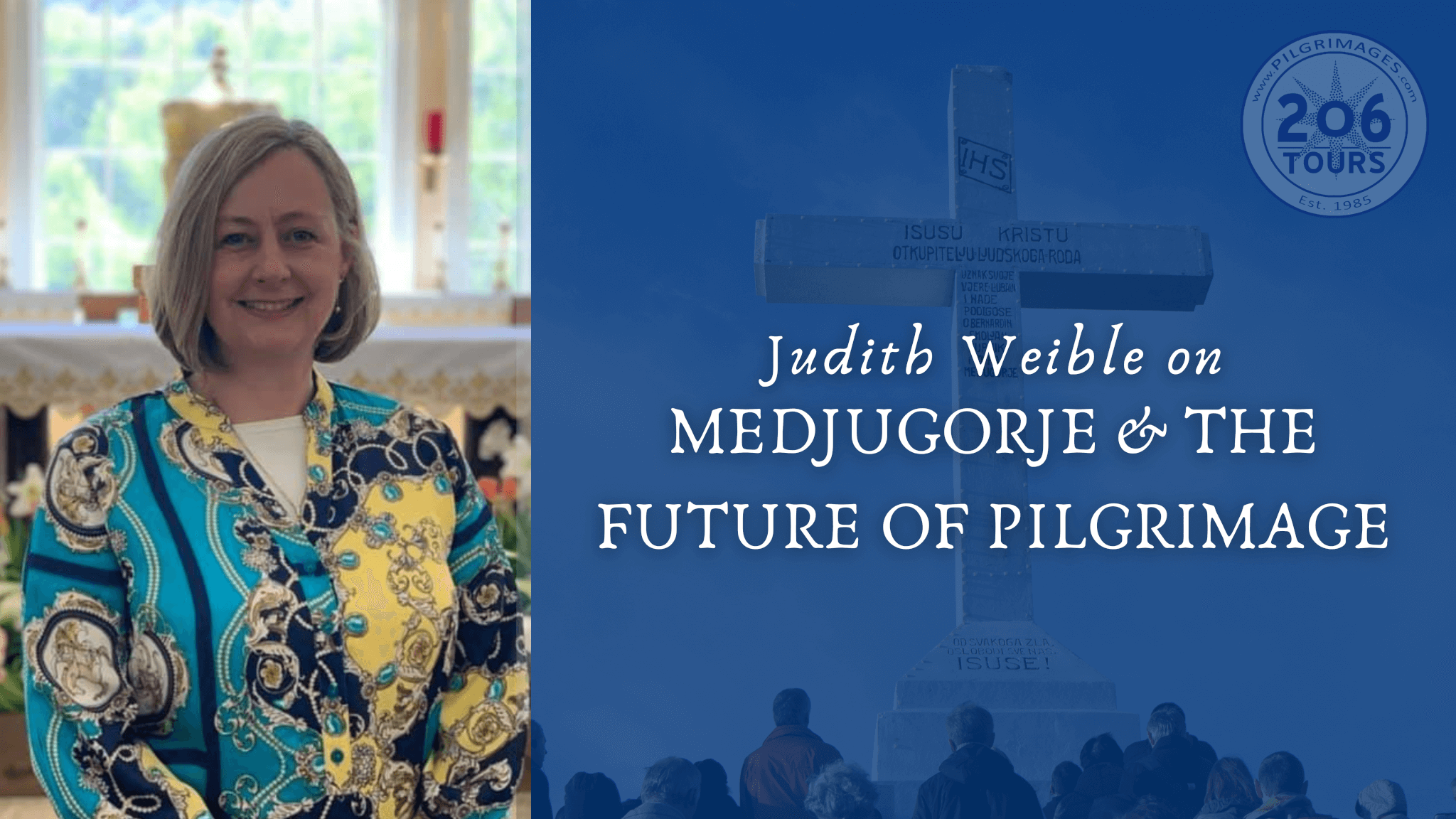 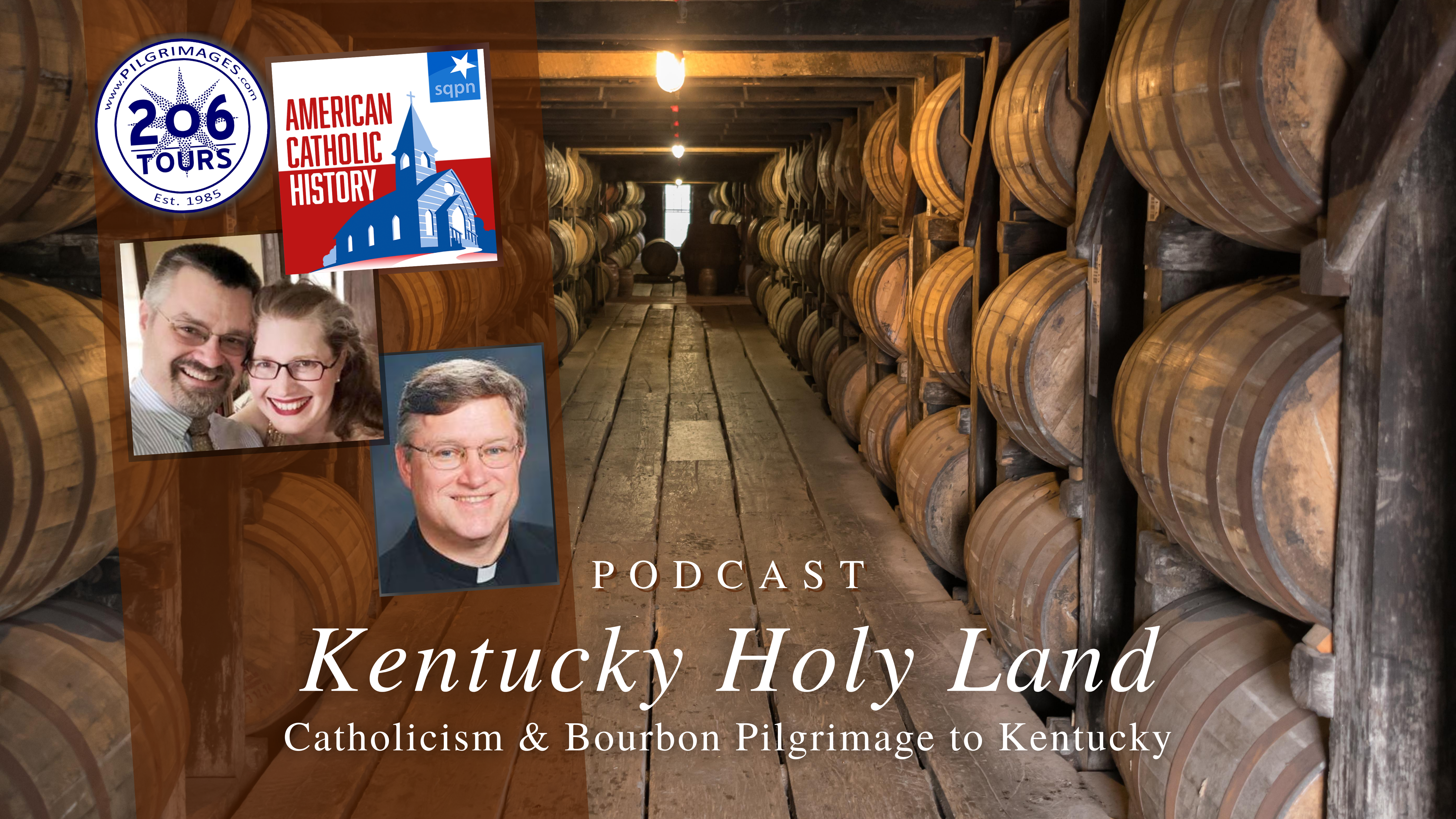 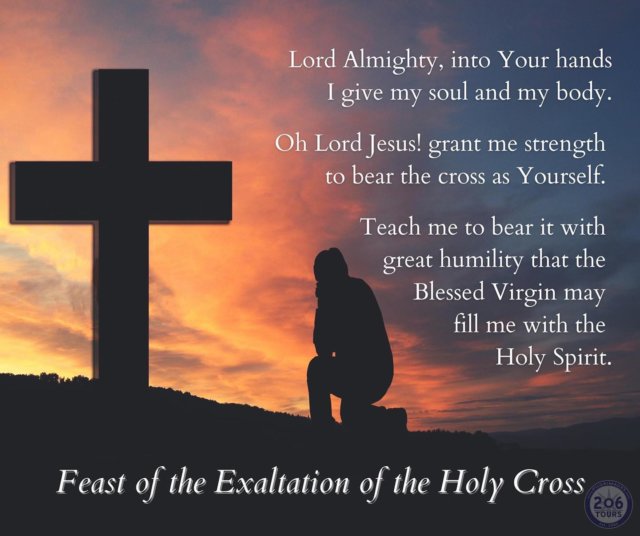