Greece in Footsteps of St. Paul

Are you interested in this tour with a Cruise? 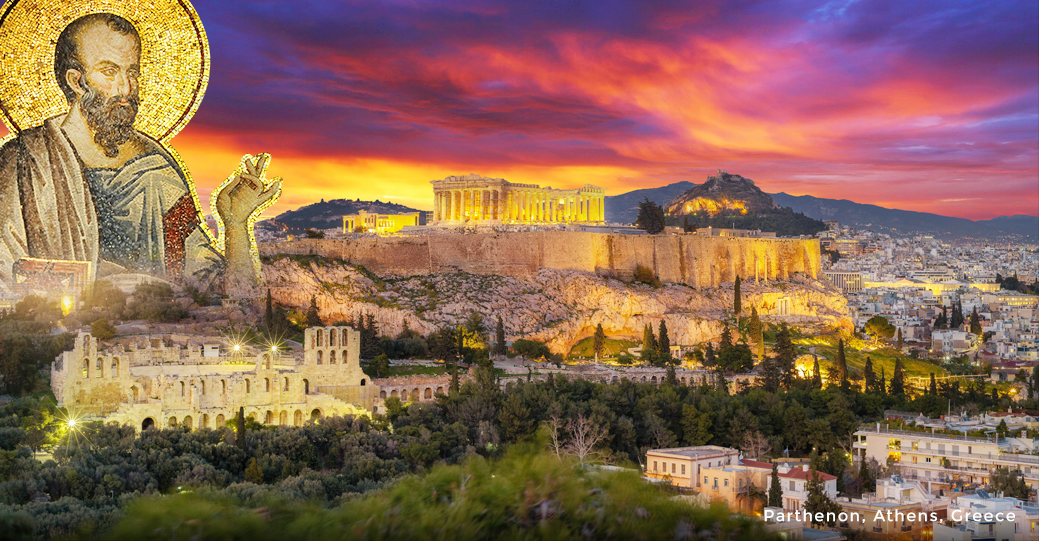 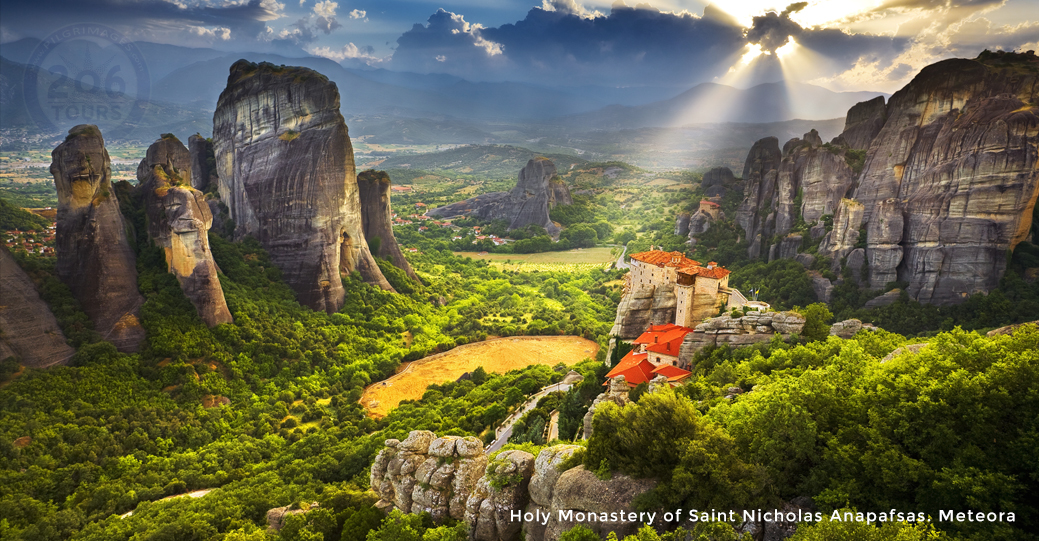 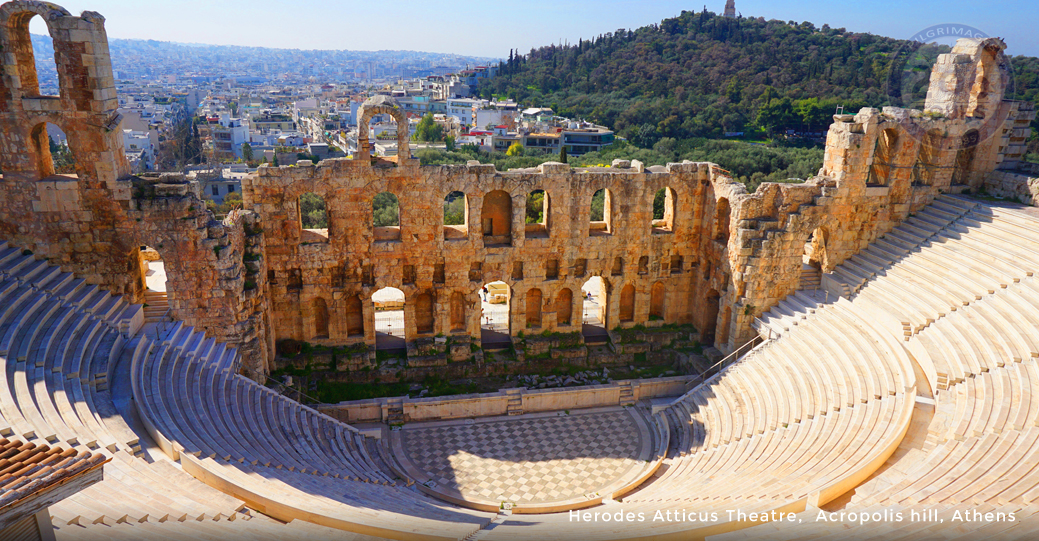 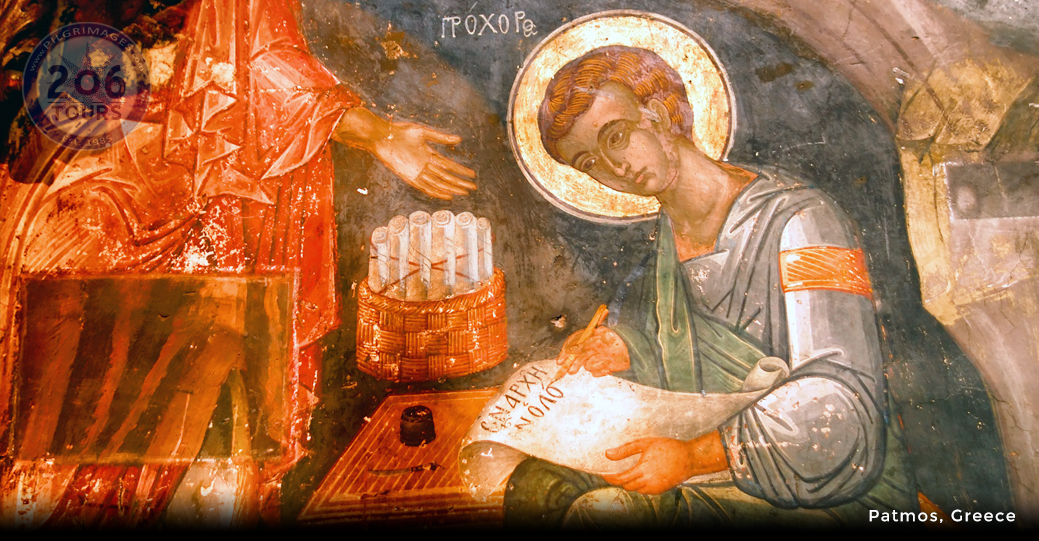 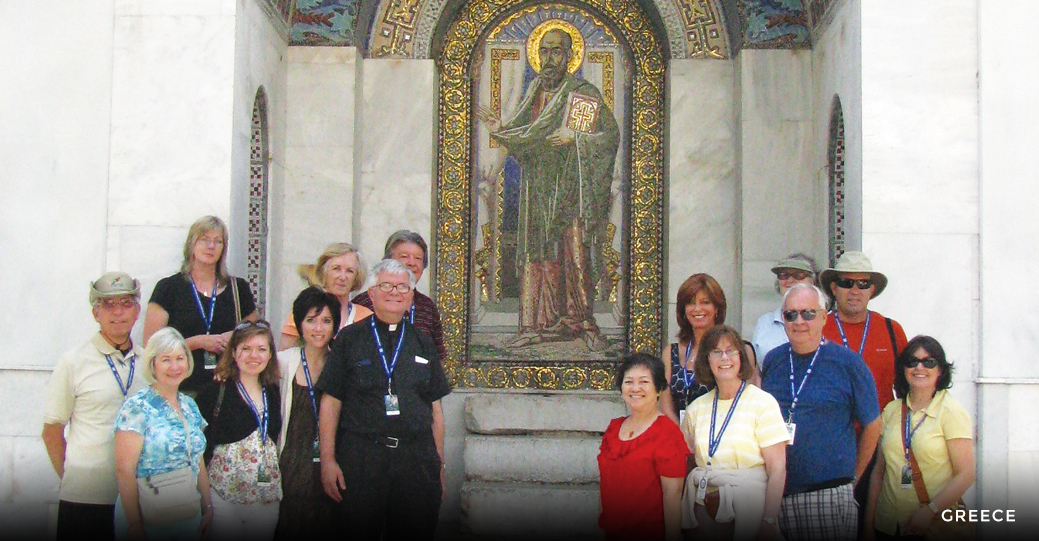 For eleven days you will follow the footsteps of St. Paul and experience beautiful sites throughout Greece. Visit Philippi where Paul the Apostle delivered his first sermon and established the first Church in Europe, Mars Hill in Athens where he spoke to the Athenians, Corinth and the site of St. Paul’s trials by Gallio, and more! You will even visit the House of the Virgin Mary in Ephesus in Turkey where she lived until her Assumption according to Catholic Doctrine. A popular Pilgrimage site, this Shrine has even received several papal visits and blessings. On your 3-day cruise you will discover the captivating and beautiful Greek Islands like Mykonos, Crete, and Santorini.

why travel with 206 Tours 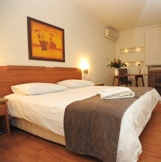 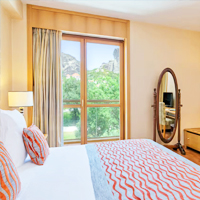 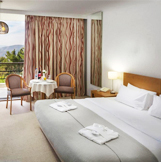 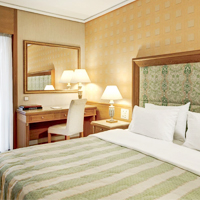 Providing you coverage for both pre-existing conditions and those that may arise during your trip, including medical and dental emergencies, loss of luggage, trip delay, and so much more.

Cancel for Any Reason
- Get 100% of Your Trip Cost Back

What is the Cost of “Cancel for Any Reason” Coverage: $299

- The ability to cancel your trip for any reason and to get your trip cost refunded.

- Can I cancel my trip any time? – You can cancel up until 48 hours prior to your departure.

- Can I buy it at any time? - You can buy it within 2 weeks of your confirmed reservation, if booking is made up until 60 days prior.

- Will “Cancel for Any Reason” coverage work if I cancel due to Coronavirus, Act of God – Yes.

How Does “Cancel for Any Reason” Coverage Work? - To get “Cancel for Any Reason” coverage you’ll have to purchase a base travel insurance plan www.206tours.com/insurance/insurance and add “cancel for any reason” (CFAR) coverage within 14 days (2 weeks) of your first tour confirmation otherwise premium maybe higher or you will not be able to purchase it. Excluded are these 3 states -New York, Missouri and Minnesota -you do not have to purchase basic/ regular travel insurance (which we highly recommend).

You will be able to get all your money back, if you cancel your trip for any reason that’s not already (a reason) covered by your policy, example if you are sick, or a member of your family is sick, you will make a claim through the regular travel insurance, who will refund you.

Make your way to your local airport where you will board your overnight flight(s). Your meals will be served on board.

Upon landing at Makedonia Thessaloniki Airport, make your way to the baggage claim area and collect your luggage. Proceed to the Arrival's Hall, where you will be greeted by your tour guide and/or driver. You will be escorted to the bus to be transferred to your hotel. Enjoy some time to relax after check in and this evening enjoy a delicious meal. Overnight in Thessaloniki.

After breakfast, start your journey in Greece with the first stop of the day in Philippi. Philippi was the city where Saint Paul the Apostle delivered his first sermon and where he established the first church in Europe. "And from there (He went) to Philippi, which is the leading city of the district of Macedonia and a Roman Colony. We remained in this city some days..." (Acts 16:12-18). Also, it is the site where Saint Paul baptized a woman named Lydia, the first convert to Christianity in Europe. Visit the Roman Forum, where Saint Paul cast a spirit out of a fortune-telling woman. While here, you will have the opportunity to view the prison (now in ruins) in which Saint Paul and Silas were thrown into by the owners of the fortune-tellers. Continue to the modern port city of Kavala, which was once the ancient Neapolis. This port is where Saint Paul, Silas, Luke and Timothy landed when they sailed into Europe. After enjoying this city by the sea, return to Thessaloniki for a delicious meal and restful overnight.

Start your day with breakfast at the hotel. In the winter of 49-50 A.D., Saint Paul wrote two epistles to the Thessalonians. These letters urged Christians to "live blamelessly" and to refrain from living idly while they wait for the second coming of Christ. While in Thessaloniki, you will witness a number of ancient artifacts, such as the triumphal Arch of Galerius that is found at the start of Via Egnatia. Due to the convenient location, this arch was once a strategic artery of the Roman Empire. It was originally constructed in order to honor the Roman Emperor Galerius following the Roman victory over the Persians. Following your city-tour, transfer to Kalambaka. This evening, you will have a wonderful meal and a relaxing overnight in Kalambaka.

After breakfast, you will go for a short drive to the Meteora Monasteries. In the eleventh century, there were monks who settled within caves. However, as the occupation of the Turkish increased, the monks were forced to move their settlements higher upon the rocks until they were unreachable by any opposing enemy. These settlements became Monasteries by bringing building, and living, materials by ladders and baskets. The Meteora Monasteries are notorious for preserving not only the Hellenic religion, but also, their academics and arts. During your visit, you will be able to view stunning Byzantine art, as well as the breathtaking scenery that surrounds the Monastery. Continue to Delphi for dinner and an overnight.

Visit Delphi, the center of the ancient world (navel) of the earth, whose prestige extended far beyond the boundaries of the Hellenic world. On the slopes of Mount Parnassus, in a landscape of unparalleled beauty and majesty, lie the ruins of the Sanctuary of Apollo Phthios. Visit the site and the museum and continue to Athens, “Men of Athens, I perceive that in every way you are religious. For as I passed along and observed the objects of your worship, I found also an altar with this inscription “to an unknown God”. What therefore you worship as unknown, this I proclaim to you…” Athens is one of the most glorious cities in the world and the cradle of western civilization as we know it today. Dinner and an overnight at your hotel in Athens.

After a nice breakfast at the hotel, you will start with a tour of the oldest city in the world, Athens! Visit the rock that has dominated the panorama of Athens for twenty-five centuries, the Acropolis. At the Acropolis, you will see the ruins of the Parthenon, Erectheum, and Propylae. After, you will ascend Mars Hill of where Saint Paul spoke to the Athenians. At this site, Paul spoke to the Athenians about the one and only God (Acts 17:22). While in this city, you will be able to view the ancient Agora, the former public center of Athenian life. It held the focus of a political, commercial, social, religious, and cultural center. As you are in the former political center, proceed for a drive through the city to view the House of Parliament on Syntagma Square. Also, you will have the opportunity to view the University of Athens, the oldest higher education institute in Greece, as well as, the National Library of Greece that holds 4,500 Greek manuscripts. Then, visit Panathenaic Stadium, the beautifully marbled multi-purpose stadium. It is home to the Olympian Zeus, and is the site of the first modern era Olympics (1896). Following your visit in Athens, you will proceed to the ancient Corinth. Under the shadow of the towering Acropolis, Saint Paul lived in Corinth for two years. While here, Saint Paul felt great grief over the way that the Gentile Church in Corinth has become. As a result, he was prompted to write four letters, all with the overarching theme of love. In Corinth, you will have the opportunity to view the remains of the first century shops, the site of Saint Paul's trial by Gallio, the Fountain of Peirene, and the Temple of Apollo. Following your visit to Corinth, return to Athens for a delicious meal and an overnight.

After breakfast, depart to Athens airport for return flights to the USA.

*206 Tours Disclaimer:
Occasionally local religious and national holidays, weather, traffic conditions and other events may necessitate changes in the sequence of events or the missing of certain events/places. Though every effort will be made to follow the itinerary, it should be considered as an indication, rather than a contract of events and places to be visited.

Know Before You Go

We promise to do all within our power to assist you with any questions or concerns you may have. Please feel free to contact us, please note should any problems arise during your trip you should first contact your local emergency contact in your destination country or the 206 Tours.

The benefit of buying airfare with 206 Tours?

Know Before You Go