The people of French Brittany have always had a great devotion to St. Anne, the Blessed Virgin Mary's mother. It has been told that the parents of the Virgin Mary were childless into their old age until an angel appeared to St. Anne and said, "The Lord has looked upon your tears; you shall conceive and give birth and the fruit of your womb shall be blessed by all the world." The child of this promise was the Blessed Virgin Mary. Early in the seventeenth century, pilgrimages to the area began after St. Anne appeared several times to a simple laborer, Yves Nicolazic. The saint asked him to rebuild the ancient chapel that once stood in the city. Apparitions became frequent and eventually the bishop commissioned a chapel to be built. Anne of Austria and Louis XIII enriched the sanctuary with many gifts, among them a relic of St. Anne brought from Jerusalem in the 13th century. Even the French Revolution could put a stop to the great number of pilgrims visiting the shrine. However, during this time the chapel was ransacked, Carmelites were driven out and the miraculous statue of St. Anne was burned. Today, the shrine continues to attract pilgrims from all over; many come for "pardons" in which pilgrims climb the Scala Santa (Holy Stairs) on their knees. July 26th is the day of the "great pardon". Feastday: July 26


Location: 285 miles west of Paris. Can be reached by car (west from Paris to Rennes via Chartres and Le Mans. Southwest from Rennes to Auray via N24, N166 and N165); train; bus. 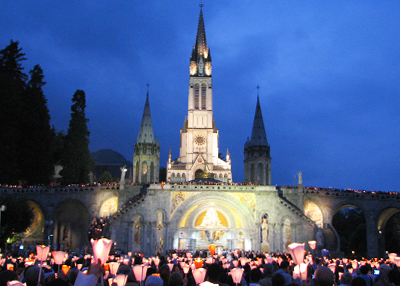 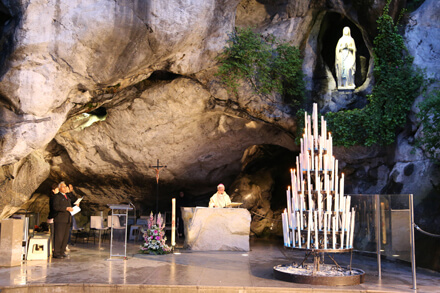