In 1871, as the Franco-Prussian War raged on and thousands of French people were losing their lives, on evening a 12-year-old boy named Eugene Barbedette saw the image of a lady in the sky wearing a black veil and a blue robe decorated with golden stars, and a crown of gold. Eugene's brother, Joseph (age 10), saw the image next and then after them two more children witnessed the vision. Adults who came to check on the commotion could see nothing. The children reported that a red cross began to appear on the Virgin's dress. As the people prayed and increased their devotion, the Virgin Mary became more beautiful and her clothing more brightly lit. The priest, Fr. Guerin, led the Rosary and when they finished, the Lady unrolled a large white banner. Giving a message of prayer and hope, the scroll said, "Pray, my children, God will answer you in a short while. My Son will let himself be moved." The people of Pontmain rejoiced; but suddenly a large blood-red crucifix appeared in front of the Virgin with the words "Jesus Christ" written above it. The Lady became sad. After a while the blood-red crucifix disappeared and the Virgin stretched out her arms to the children and smiled. Although only four children were blessed to see her, the town was overflowing with joy. The appearance of the Blessed Virgin Mary was a sign of peace to Pontmain and France. The following day the villagers learned that foreign troops had retreated believing that "A Madonna is guarding the country and forbidding us to advance.â The Barbedette brothers later became priests. The local bishop gave canonical approval to the vision in 1872, and Pope Pius XI gave approval as well. Our Lady of Hope is now honored throughout the world.

Accommodation: There are not many accommodation options in Pontmain, but the nearby towns of Rennes and Laval have a variety of 3* and 4* hotel options.

Transportation: Pontmain is about a 3.5 hour drive west of Paris (180 miles) on the A11. All train and bus options require a lengthy taxi ride.

Location: Pontmain is 180 miles west of Paris. Can be reached by car (from Paris N12 to Ernee, From Ernee D31 north to St. Mars); NO train, NO bus. 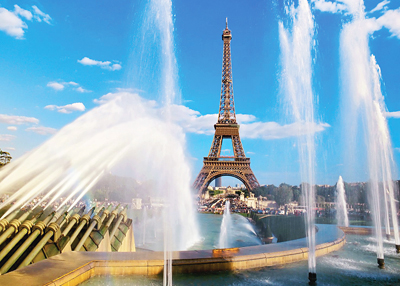 Additional Information about Our Lady of Pontmain Pilgrimages:

Our Lady of Pontmain Tours

Our Lady of Pontmain, France Tours

Our Lady of Pontmain, France Pilgrimages

Our Lady of Pontmain Pilgrimages