Our Lady of Guadalupe Pilgrimage

Our Lady of Guadalupe is a very important Catholic Pilgrimage site that attracts millions each year. The Basilica of Our Lady of Guadalupe is a minor basilica and National Shrine located in Mexico City. The basilica is the most visited Catholic Pilgrimage destination in the world and third most-visited religious shrine. The Shrine was originally built in 1709 and is located in Tepeyac Hill which is where the apparitions occurred in 1531.

Our Lady first appeared to visionary St. Juan Diego on December 9, 1531. Our Lady appeared to Juan Diego four times in total and asked that a church be built in her honor. The Archbishop did not believe Juan Diego the first time he mentioned the apparition. On December 11th, Juan Diegoâs uncle fell ill, and on December 12th he was cured, and the image of the Virgin Mary again appeared before Juan Diego but this time in front of the Archbishop. Her image appeared in his cloak, or the Tilma, which can still be seen at the Basilica. The old Basilica was consecrated in 1709 â the modern basilica was completed in 1976 and can hold 10,000 worshippers. Our Lady of Guadalupeâs Feast Day is December 12th and draws huge crowds for celebrations each year. 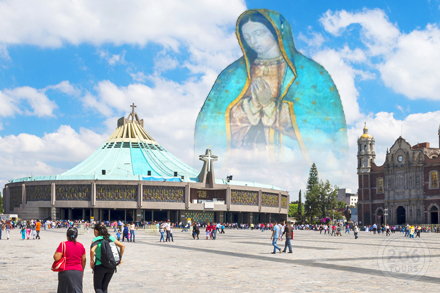 Mexico - Our Lady of Guadalupe 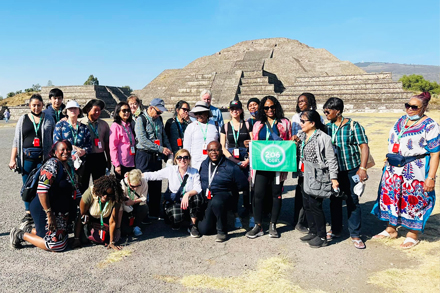