Our Lady of Banneux Catholic Marian Shrine in Belgium

Our Lady of Banneux

In 1933 The Blessed Virgin Mary appeared to 11-year-old Mariette Beco as a glowing figure standing motionless dressed in a flowing white gown and veil with a brilliant blue sash. She was holding a Rosary in her right hand, nodding and smiling at little Mariette. As Mariette began praying the Rosary, the woman beckoned her to come forward. Three nights later Mariette went outside, knelt on the frozen ground and began praying the Rosary in hopes that the lady would return. She appeared in the distant sky but gradually came closer until she was only a few feet away. Then she beckoned Mariette to come forward to a nearby spring and to "Plunge your hands into the water". Without hesitation the child immersed her hands in the spring. The lady spoke again "This spring is reserved for me.â During the third apparition she announced, "I am the Virgin of the Poor" and said that the spring was "reserved for all nations, for the sick.â With the fourth apparition she told the girl that she would like a little chapel built. She appeared 8 times; between the last apparition and the approval of the Church in 1949 many miracles occurred at Banneux. Also, the rosary has been recited every evening since 1933 without interruption. The Virgin Mary reaffirms her message, "Believe in me, and I will believe in you".

Located: 50 miles east-southeast of Brussels. Can be reached by car (From Brussels E40 Liege; E42 Verviers; From Luxembourg E25 north) bus; no train. 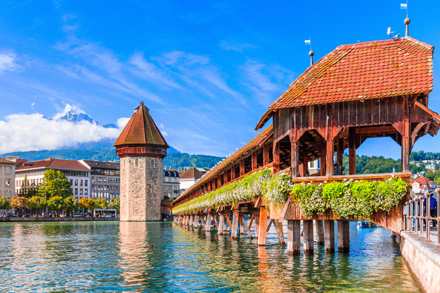 Additional Information about Belgium Pilgrimages & Our Lady of Banneux: