The Cathedral of Notre Dame de Paris is one of the most outstanding examples of medieval Gothic architecture in the world. Stunning in its picturesque setting on the Ile de Cite in the middle of the Seine River, Paris, the Cathedral is a testament to the peopleâs love of the Blessed Virgin Mary and the strength of the Catholic Church in France in the Middle Ages.

The Ile de Cite, where Notre Dame de Paris is located, is one of the oldest inhabited parts of Paris â it was occupied by the Gauls (tribe of Parisii) from the middle of the 3rd century BC. There were various homes and buildings there throughout the centuries, and then in the 12th century Maurice of Sully, Bishop of Paris, began the construction of the great Cathedral of Our Lady of Paris. It was completed in 1345 and has become world renowned for its Gothic architecture, size, beauty, and history. The artwork is very detailed, with thousands of images represented by sculptures, stained-glass windows, and gargoyles. The size of the church is impressive - it can accommodate 6000 people during a religious ceremony. The Cathedral has survived many tumultuous times in French history, including the Huguenot riots, the French Revolution (when the church was temporarily rededicated to the Cult of Reason and then the Cult of the Supreme Being), and World War II. Major cleaning and restoration in recent years have returned the Cathedral to its full glory. In the northern tower of the cathedral, you can walk the 380 stairs to the top of the west facade of the building, from which you have a sweeping view of Paris. Twelve million people visit Notre Dame each year.

*Due to the tragic fire that occurred at Notre Dame Cathedral on April 15, 2019, Pilgrims will not be able to enter the Cathedral for the near future. Pilgrims will still have the opportunity to view the Cathedral from outside, and we expect the sacred relics to be on display in a nearby church or museum.

Accommodations: There are thousands of hotels from budget to 5* in the city of Paris. 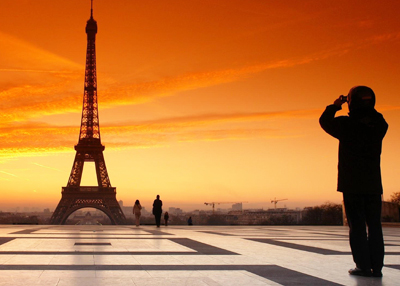 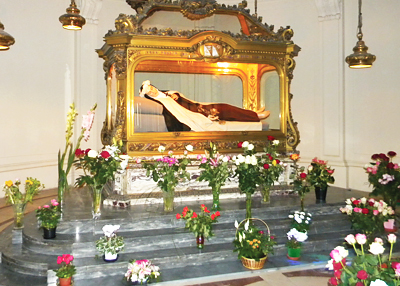