The Eucharistic Miracle of Lanciano took place during the 8th century in the city of Lanciano when a Basilian monk was saying Mass. The monk had been doubting the Real Presence of Our Lord in the Eucharist. Just after consecration he found himself holding a host that had changed into flesh. The wine had changed into blood, clotted up and split into five pieces of different shapes and sizes. The humbled priest raised his head and revealed the event to his parishioners. When the news spread, the faithful came from everywhere to behold the miracle.

The flesh has retained the dimensions of the original host and the blood has remained coagulated. The Eucharistic Miracle of Lanciano has been subjected to numerous scientific tests, and the latest conducted in 1971 confirmed that the flesh and blood are indeed real muscular heart tissue and blood type AB. There are no preservatives of any kind despite 1200 years of exposure to the atmosphere and to various investigations, the sacred relics remain incorrupt. As Louis Pasteur once said, "A little bit of science averts people from God, a lot of it, takes us back to Him".

The Eucharistic Miracle is housed at the Church of St. Longinus.

Location: Lanciano is 100 miles east of Rome. Can be reached by car (from Bologna A14 south, from Foggia A14 north, from Rome west to PesLiz) as well as by train and bus. 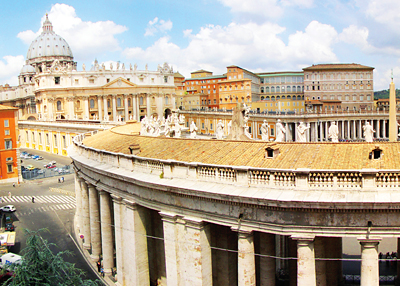 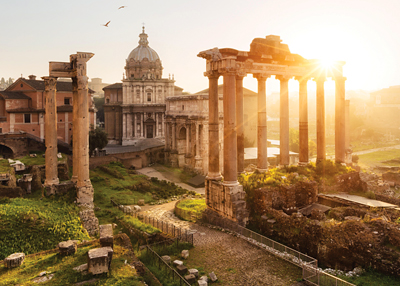