On June 24, 1981 six children ranging in age from twelve to sixteen, encountered the Blessed Virgin on a hillside in Yugoslavia, now Bosnia Herzegovina. The children described Our Lady as a beautiful woman with dark hair and blue eyes who seemed about 25 years old. She wore gray and white, with a white veil. An arc of stars appeared above her head and her feet had clouds gathered around them. When the visionaries asked who she was, she replied, âI am the Blessed Virgin Mary.â

Our Ladyâs message is received by the visionaries and translated into several languages. Her basic message has been broken down into the Five Stones of Medjugorje: prayer with the heart, fasting, daily reading of the bible, confession and Holy Eucharist (Mass).

On March 18, 2009, during an apparition to Mirjana, Our Lady stated, ââ¦ if you knew how much I love you, you would cry with happiness. Thank you.â In Medjugorje, pilgrims experience the love of God in a miraculous way and are filled with great joy emanating from this grace.

Numerous priests have realized their vocations through Medjugorje, pilgrims report seeing supernatural signs, experiencing healings and having deeper conversions to Christ. Some of the pilgrimsâ favorite sites for prayer and reflection are St. James Church, Apparition Hill, Cross Mountain and the statue of the Risen Christ.

Accommodations:There are many and varied accommodations, including hotels and guesthouses, restaurants, and souvenir shops.

May 13, 2019 was a historic day for Medjugorje as Pope Francis officially approved Pilgrimages to Medjugorje after years of investigation. The announcement was made at the 8:00 am Mass at St. James Parish in Medjugorje celebrated by Archbishop Henryk Hoser, as follows:

âPope Francis declared the possibility of Official Pilgrimages to Medjugorje. Always remembering that this is not a recognition of the events which take place in Medjugorje. There needs to be more collective investigations from the church. This must not cause any misleading or confusion as far as church doctrinal matters. With this in mind the declaration of Pope Francis- means that all clergy from all stations of priesthood to the hierarchy are permitted and those willing to go to Medjugorje to a solemn celebrationâ

Just less than a year before (May 31, 2018) the Holy Father appointed Archbishop Hoser the Apostolic Visitor to Medjugorje. The Archbishop was assigned the special envoy with the mission to determine the pastoral needs of the Parish of St. James given its increasing popularity as a place for prayer and pilgrimage, seeing about a million pilgrims per year. 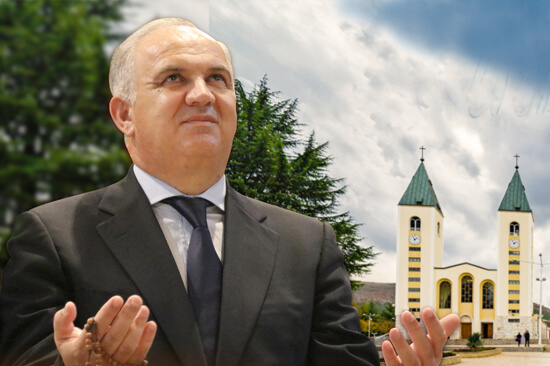 with Accommodations at the Dragicevic Family Home

Our Lady of Medjugorje & Dubrovnik

Additional Information about Medjugorje & Our Lady of Medjugorje: