The Knock Shrine is situated in the eastern plains of County Mayo, Ireland. Formerly called, The Sanctuary of Our Lady of Knock, this Shrine is the National Shrine of Knock and is one of the world's leading Marian shrines. In Irish, âCnoc Mhuireâ means âMaryâs Hillâ. The Basilica Shrine of Our Lady of Knock, Queen of Ireland is a Roman Catholic Church, the biggest in all of Ireland, and the official Parish of Knock. Currently the Rector and Parish Priest is Father Richard Gibbons.

On August 21, 1879 fifteen men, women and children, ranging in age from 5 to 74 years old, witnessed an Apparition of Mary. A young girl in the village saw three life-sized figures in front of the gable of the church and gathered others to see what she had witnessed. The villagers describe an apparition of Our Lady, Saint Joseph and Saint John the Evangelist beside an altar adored with angels, a cross, and a lamb. For over two hours, the villagers watched the apparition in the pouring rain while praying the rosary.

Knock is a very popular pilgrimage destination attracting over 1.5 million people each year, and in 1979 Saint John Paul II visited this holy place.

Location: The Knock Shrine is about a 90-minute drive from the Shannon Airport. 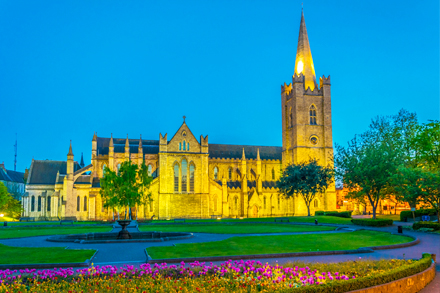 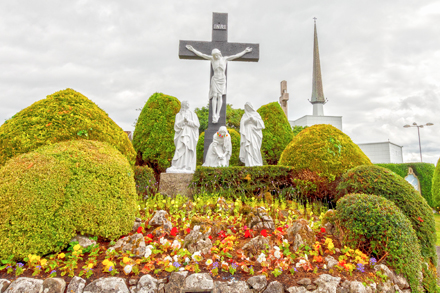