In 1330 while the priest, Heinrich Otto was celebrating Mass he accidentally knocked over the chalice containing the blood of Christ. As the blood spilled across the corporal, an image of the crucified Christ with eleven surrounding thorn-crowned heads appeared on the cloth. He quickly hid the piece of linen under the altar and not until Mass was over did he take a closer look at the corporal. Re-examining the corporal, Fr. Otto noticed that the images made visible by the blood had become decidedly sharp and clear; he, again, hid the linen under the altar. Not until a few days before his death did he reveal the event. Upon his death-bed, he confessed the secret and the Miraculous Corporal was immediately found and enshrined. Word of the bloodstained linen spread quickly throughout the nearby villages and soon thousands of pilgrims traveled to see the Holy Corporal. Miracles, healings and conversions were numerous among those who visited. In 1445 Pope Eugene IV recognized the Eucharistic Miracle as authentic; Just three years earlier he had confirmed another Eucharistic miracle in Ferrara, Italy. Walldurn is a small town situated near Frankfurt, Wurzburg, Heidelberg, and Heilbronn, Germany. The major pilgrimage period for the shrine lasts 4 weeks beginning on Trinity Sunday and is known as the "Pilgrimage to the Holy Blood".

Location: 50 miles southeast of Frankfurt. Can be reached by car (from Frankfurt A3 east then 469 south; from Wurzburg 27 southwest); train; bus 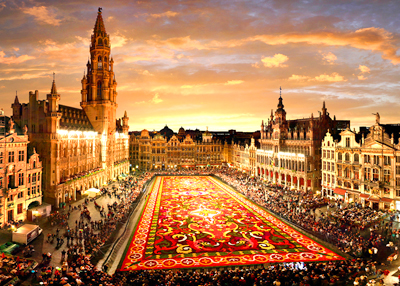 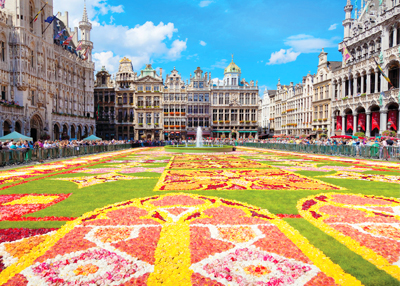