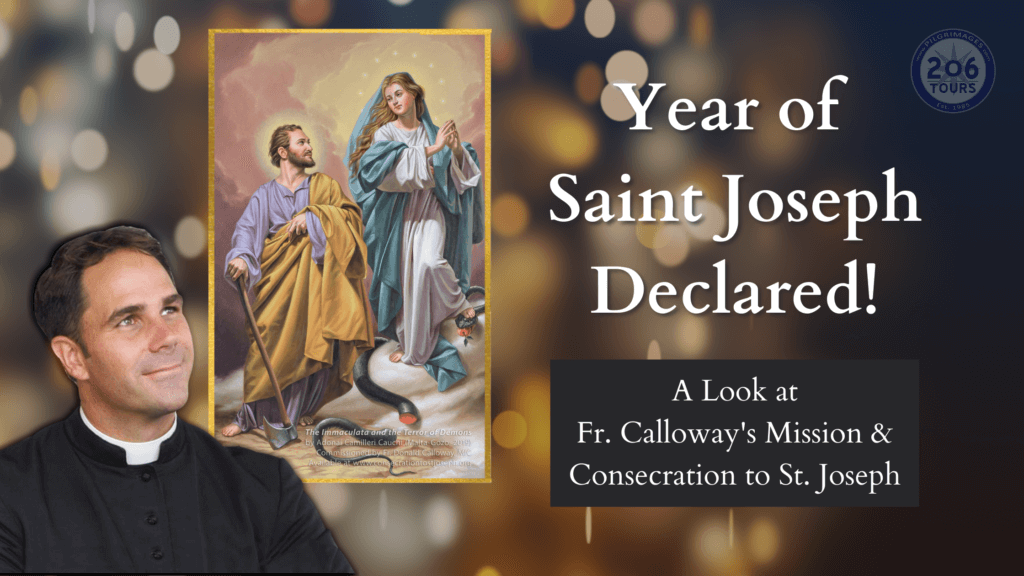 On the morning of December 8, 2020  many Catholics woke to see this Facebook post, by Father Donald Calloway, MIC:

On January 1, 2020, Father Calloway’s published his latest book, the Consecration to St. Joseph: The Wonders of Our Spiritual Father, which was extraordinarily well-received & well sold! Fr. Calloway is a longtime valued Spiritual Director for 206 Tours – for years, his Pilgrimages are among the most popular and always sell-out. He is a convert to Catholicism who was ordained into the Congregation of Marian Fathers of the Immaculate Conception of the Most Blessed Virgin Mary in 2003. He has now famously released almost a dozen books, see more here.

View a Series of Videos of Fr. Calloway discussing St. Joseph while on 206 Tours Pilgrimages, here. 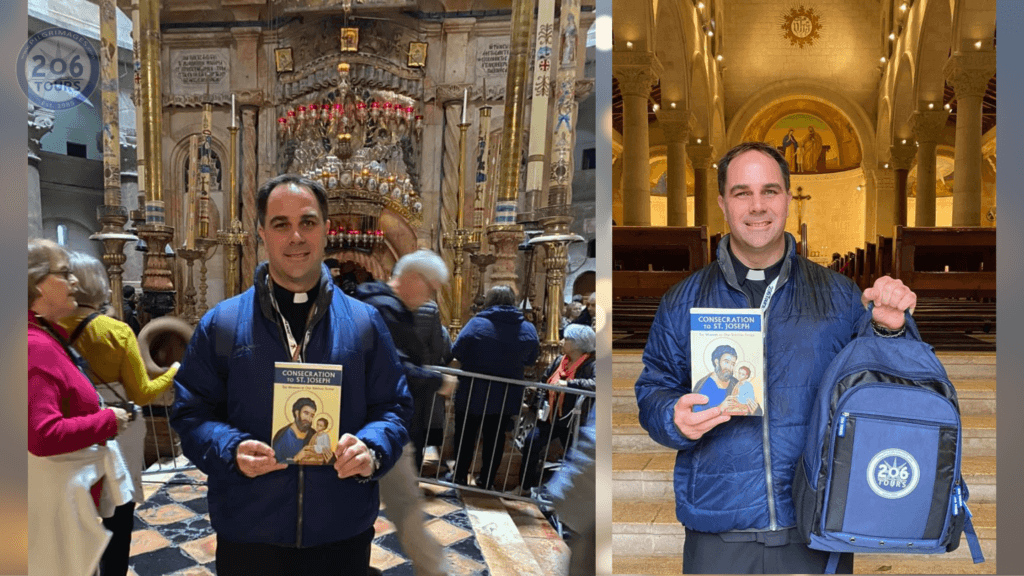 Fr. Calloway while on Pilgrimage to the Holy Land in 2019.

Since publishing Consecration to St. Joseph, Fr. Calloway has tirelessly been championing the mission to have a Year of St. Joseph. On May 1, 2019, Fr. Calloway penned a letter to Pope Francis asking for consideration for a year dedicated to St. Joseph which was hand-delivered to the Pontiff on May 4th by Bishop Hector Zordan of Argentina. After thousands of prayer groups, virtually led consecrations, videos online conferences, and even a letter-writing campaign – the mission has finally been realized! 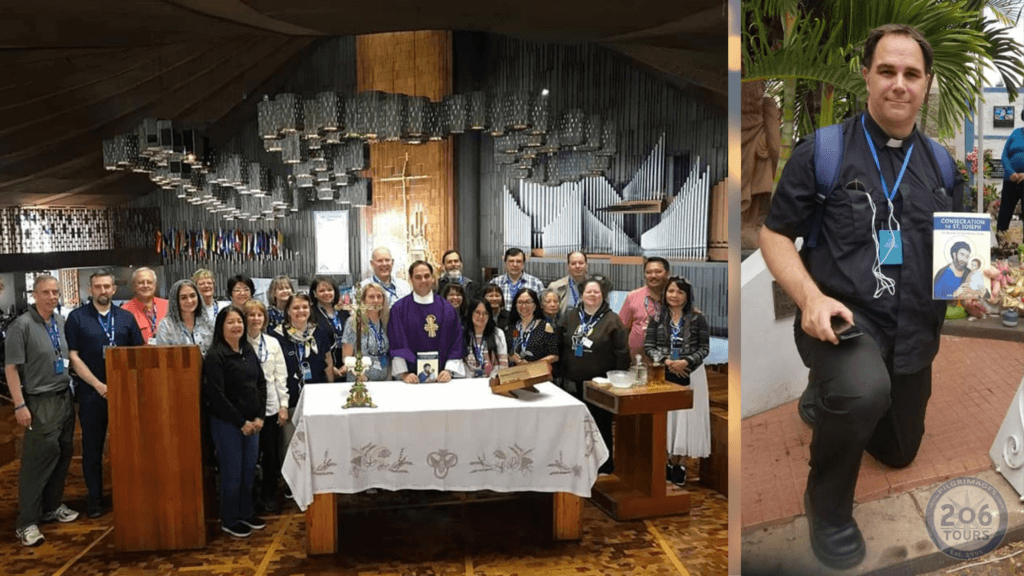 Fr. Calloway and Pilgrims in Mexico in March 2020, the last 206 Tours Pilgrimage of their year due to the pandemic.

On December 8, 2020 – the Solemnity of the Immaculate Conception of the Blessed Virgin Mary – Pope Francis proclaimed an official “Year of St. Joseph”! In response to this news, we have seen an outpouring of joy on social media. Many of our pilgrims flocked to Facebook to rejoice and share stories of their experiencing consecrating themselves to Saint Joseph and writing letters to their local Bishops. We congratulate Father Calloway, all his readers, and our pilgrims, who together furthered this movement for a Year of St. Joseph! 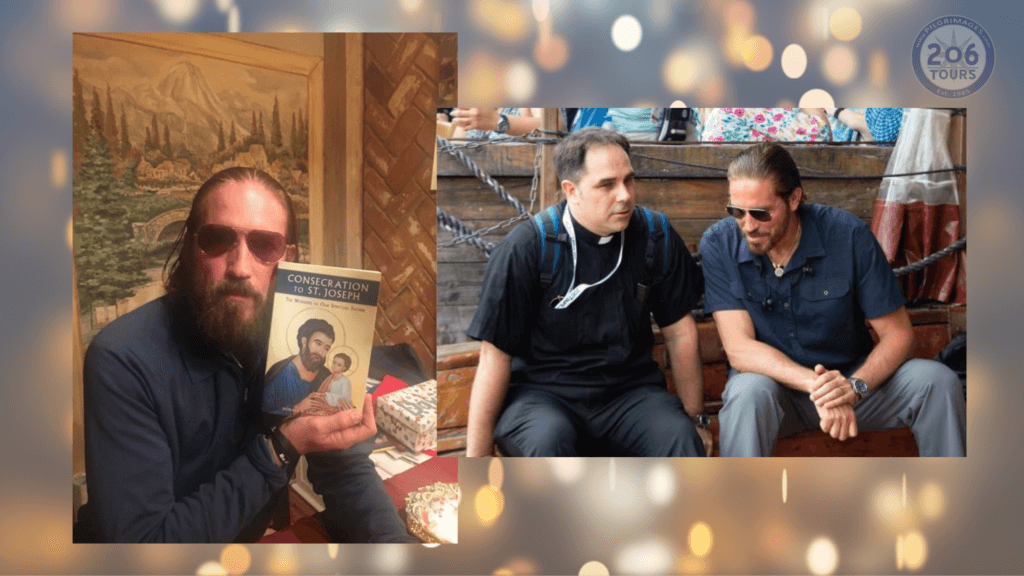 Actor Jim Caviezel holding the Consecration to St. Joseph, and on the Sea of Galilee on a 206 Tours Pilgrimage with Fr. Donald Calloway, MIC in 2019.

The Apostolic Letter titled, “Patris corde” or “With a Father’s Heart” explained the year will span from December 8, 2020 to December 8, 2021. The letter recognizes that 150 years ago St. Joseph was named the Patron of the Catholic Church by Blessed Pope Pius IX. Read the full letter here: Patris Corde 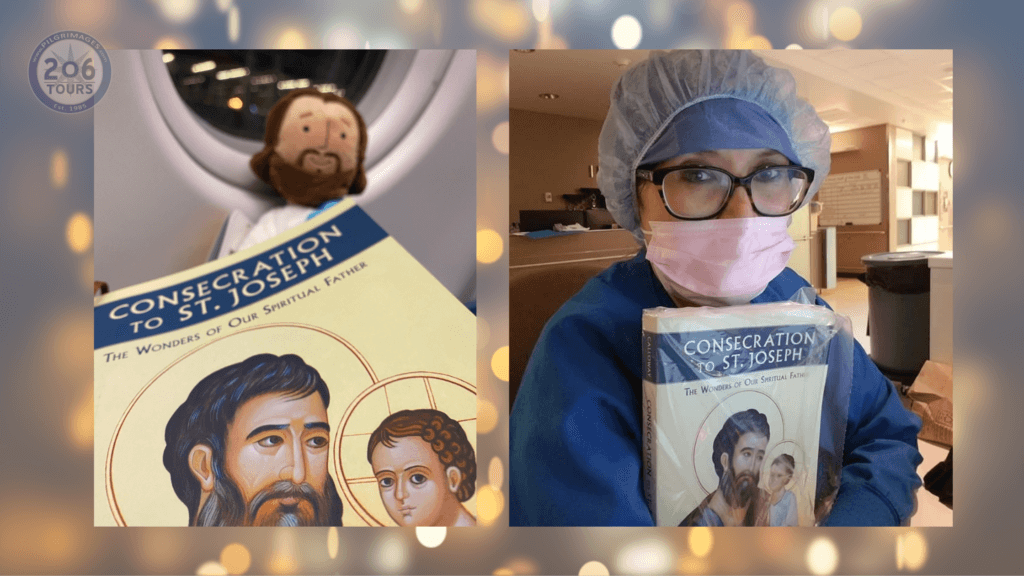 Left, a pilgrim reads on a flight on their way to make a Pilgrimage. Right, a Pilgrim and front-line worker reads on a break from fighting the COVID-19 pandemic.

In the letter, the Holy Father recognizes St. Joseph as “A beloved father” whose “greatness… is that he was the spouse of Mary and the father of Jesus. In this way, he places himself in the words of Saint John Chrysosthom, ‘at the services of the entire plan of salvation'”. Pope Francis essays how St. Joseph is a “beloved”, “tender and loving”, “obedient”, “accepting”, “creatively courageous”, and “working” father “in the shadows.” 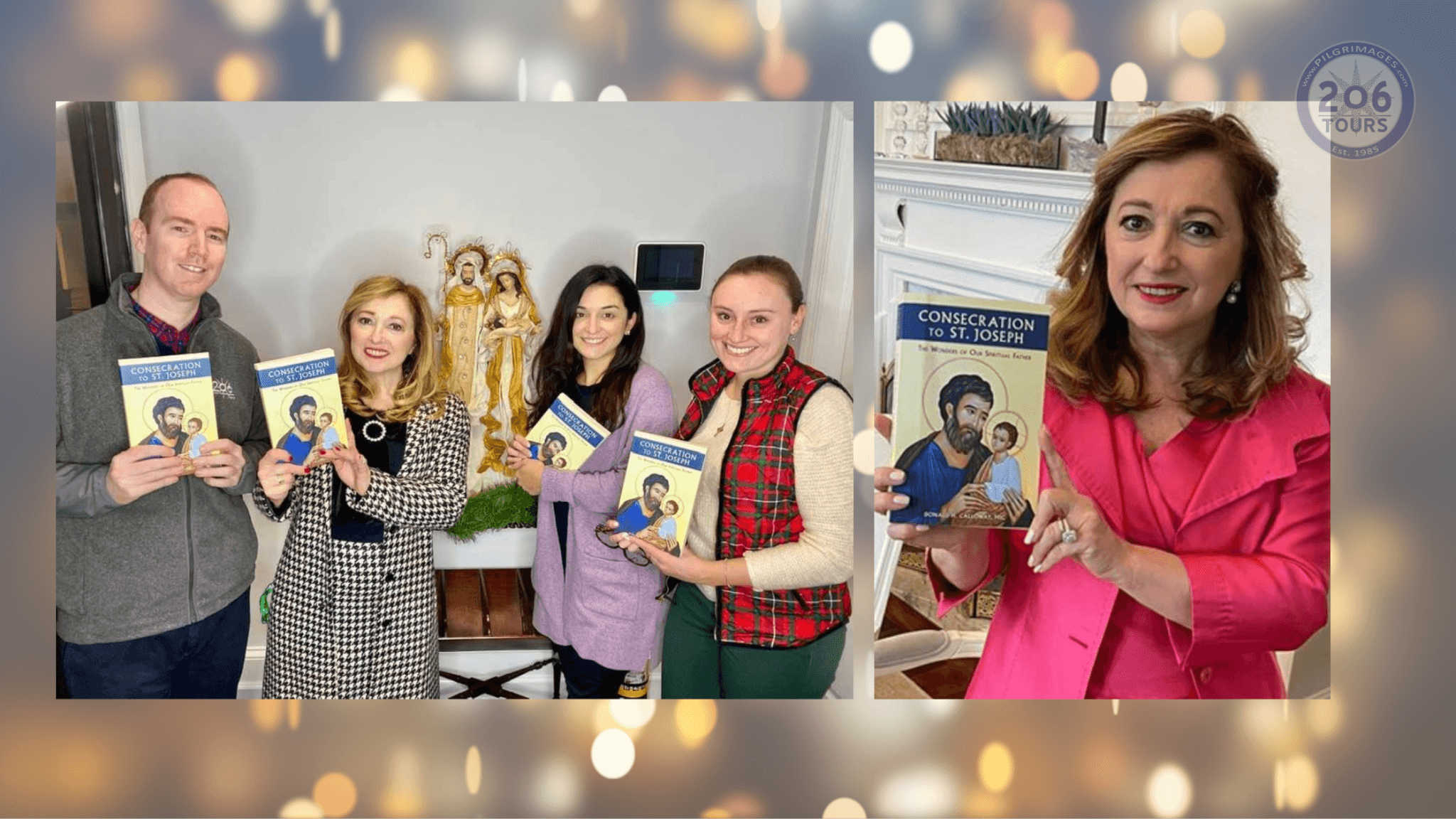 Pope Francis ends his letter with this short prayer. Please join us in reciting this prayer to St. Joseph the Worker!

“We need only ask Saint Joseph for the grace of graces: our conversion.” – Pope Francis

Hail, Guardian of the Redeemer,
Spouse of the Blessed Virgin Mary.
To you God entrusted his only Son;
in you Mary placed her trust;
with you Christ became man.

Blessed Joseph, to us too,
show yourself a father
and guide us in the path of life.
Obtain for us grace, mercy, and courage,
and defend us from every evil. Amen.

View a Series of Videos of Fr. Calloway discussing St. Joseph while on 206 Tours Pilgrimages, here.