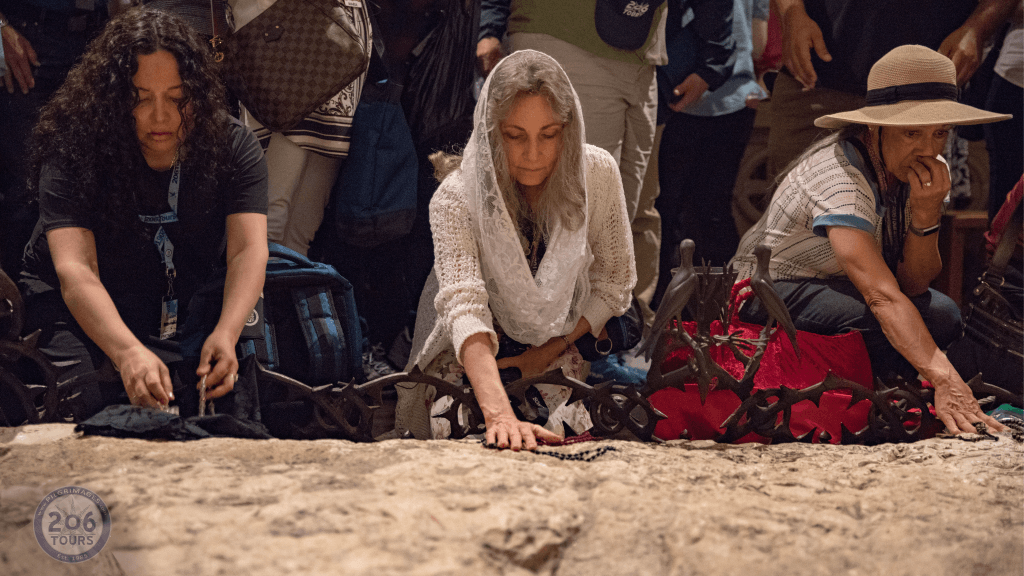 Many Pilgrimages visit important Shrines that house Sacred Catholic Relics. Understanding the way relics are classified in the Catholic Church is important to fully appreciate these amazing pieces of our shared history and why they are so strongly venerated.

A Relic, in religious terms, usually refers to the physical remains or personal effects of a Saint or Holy person that have been saved and preserved in an official reliquary, also known as a Shrine. The Catholic Church recognizes three classes of relics.

An example of a famous first-class relic can be found in Bethlehem in the Church of the Nativity in Manger Square. It is in the Grotto of the Nativity that you can see a relic of the original Manger at the place of Jesus’ birth – now marked by a star in the floor. 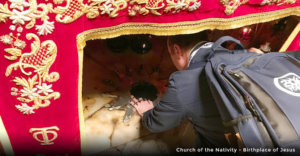 Join us in the Holy Land – Walk Where Jesus Walked Tour.

Another example of a first-class relic is the incorrupt body of St. John Vianney, the patron Saint of Parish Priests, whose remains are entombed above the main altar in the Basilica in Ars-sur-Formans in France.

You can visit Ars on our Great Shrines of France Tour.

A second-class relic is typically a personal belonging of a Saint or Holy person. In many cases, this is a piece of clothing or an object used by the Saint. The Latin term, “Ex indumentis”, meaning “from the clothing”, is often used when referring to a second-class Holy relic.

A famous example of a second-class relic is the chain that attached the Apostle Paul to the Roman soldier while imprisoned in Rome, which is housed in the Papal Basilica of St. Paul Outside the Walls.

You can visit this Basilica on our Shrines of Italy Tour.

When traveling in the Holy Land, you can visit all of the sites, and in the order of the Gospel. You will have the opportunity to enter the Tomb in the Church of the Holy Sepulchre, touch the Rock of Agony in the Church of All Nations, touch the star in the Grotto of the Church of the Nativity .. and many more. Bring extra Rosaries with you – and have them in hand when you touch each spot. This way, you can gift friends and family members with Third Class Relics when you return home!