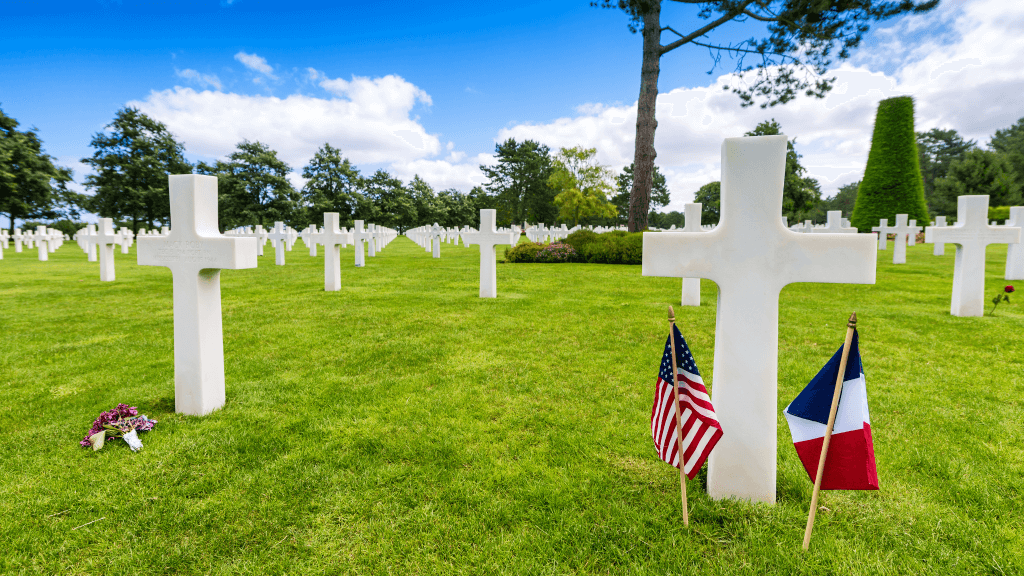 As the nation pauses this Sunday to observe Veteran’s Day, we collectively take time to appreciate the service and sacrifice of each and every American Veteran. Each year, on November 11th, we express gratitude for all military veterans of the United States Armed Forces. Similar to our neighbors overseas who celebrate “Armistice Day” and “Remembrance Day” marking the anniversary of the end of World War I on November 11, 1918.

Let us pray for all our Veterans who so selflessly dedicated their lives to protecting our country and our people.

A Prayer for Veterans

We ask for blessings on all those who have served their country in the armed forces.
We ask for healing for the veterans who have been wounded, in body and soul, in conflicts around the globe.
We pray especially for the young men and women, in the thousands, who are coming home from Iraq and Afghanistan with injured bodies and traumatized spirits. Bring solace to them, O Lord. May we pray for them when they cannot pray.
Have mercy on all our veterans from World War II, Korea, Vietnam, Iraq, and Afghanistan. Bring peace to their hearts and peace to the regions they fought in.
Bless all the soldiers who served in non-combative posts. May their calling to serve continue in their lives in many positive ways.
Give us all here present today creative vision to see a world that, growing weary with fighting, moves to affirming the life of every human being and so moves beyond war.
We ask this through Christ our Lord. Amen.  Jesus, I trust in You!
*Source: DivineMercy.org

Like prayer, a Pilgrimage is another special way to honor Veterans. Many Catholics from all over the world make their way to France on a Pilgrimage to Normandy, where they pay their respects to the soldiers who fought there on June 6, 1944, infamously known as “D-Day”. 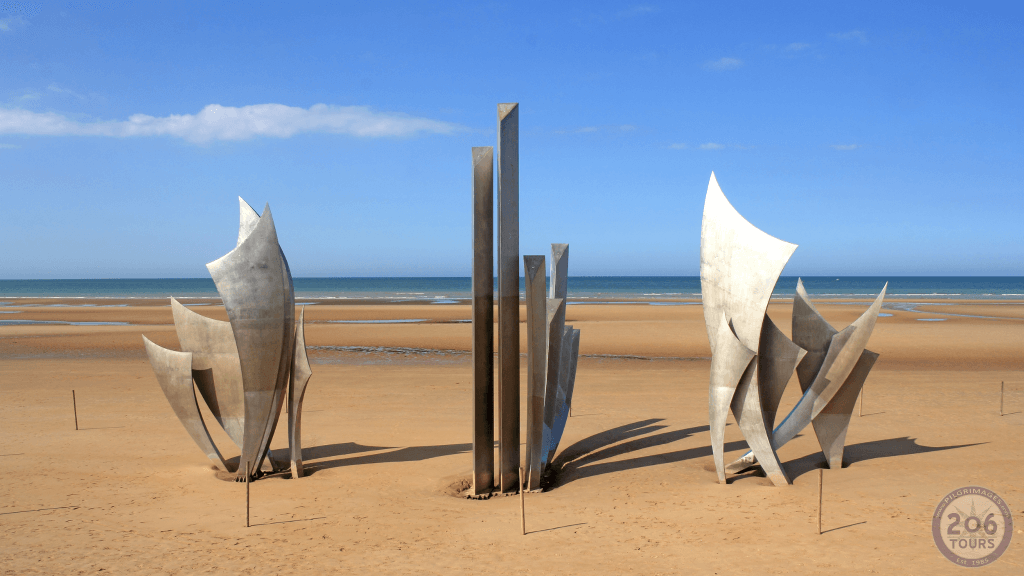 While in Normandy, Pilgrims visit the beaches where the Allied Forces landed to successfully invade Germany-occupied France, and relieve them from Nazi control. The American soldiers were stationed at Utah Beach Landings (where Teddy Roosevelt came ashore leading the first assault wave) and Omaha Beach (a four-mile long stretch where as many as 2,400 Americans died in one day). Overall, the landings at Normandy were a success due to the heroic efforts of the 34,000 troops securing the area for the Allies and bringing World War II to an end.

Pilgrims come to these coastal beaches to see the beach, the cliffs, the bunkers, the bomb craters, and solemnly pray for all who fought, and died, in this very spot. The Normandy American Cemetery and Memorial is the second most visited cemetery in the world, behind Arlington. The cemetery sits on a bluff overlooking Omaha Beach and is the final resting place of more than 9,000 American soldiers. This grand Memorial, complete with a Chapel, Reflecting Pool, and Visitor Center sits on American soil, granted to the US as a special, perpetual concession by France. 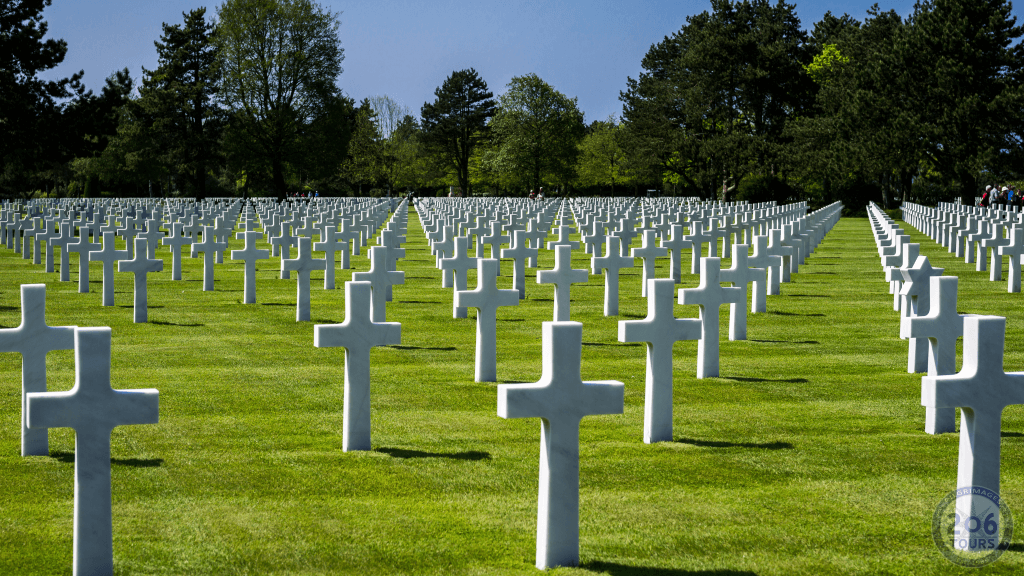 A short distance from Caen, is Saint Mere Eglise Church, which is now also a memorial to an American paratrooper, John Steele, who was caught on this church steeple the night of June 6, 1944 – where his parachute still hangs. The Airborne Museum exhibits the very heart of the 82nd and 101st Airborne Divisions who contribute so much to the victory in Normandy.

June of 2019 will mark the 75th Anniversary of D-Day. As thousands of Pilgrims journey to Normandy to pay respects to loved ones, some may return as Veterans to the very place where they valiantly fought. What makes this Jubilee Anniversary even more “Special” is it will be the last Jubilee Anniversary privileged with the presence of WWII soldiers, as sadly, they will not make the 100th Anniversary. Attendance to the Jubilee Anniversaries include Presidents and Dignitaries throughout the world.

In addition to World War II Veterans, we remember all US Veterans today – those still with us, and those faithful departed.

We pray to always appreciate them with the sincere gratitude and respect they so deserve and to make it a priority to pay respects to them through means like prayer and pilgrimages.