The Road. The Truth. The Life.

To Become a Saint: A Reflection on the Canonization of St. John Henry Newman 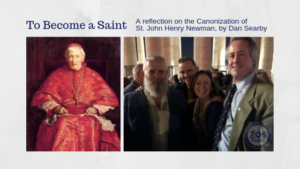 French 19th and 20th-century novelist Leon Bloy once said: “The only tragedy in life is not to become a saint“.  Cardinal Newman himself, when called saintly in an admirer’s correspondence said, “I have nothing of a saint about me… I may be well enough in my way but it is not the “high line“.   History has judged otherwise, for Cardinal Newman lived out one of his other famous quotes, “To live is to change; to be perfect is to change often”.

Cardinal Newman is best known for leading the Oxford Movement that sought to restore the Catholic roots Anglicanism.  When he followed his conscience and converted to Catholicism and 1845, it shook anti-Catholic England and he lost his post at Oxford and many of his friends. He continued to write prolifically and in 1879 was named Cardinal, a lovely grace note that is only topped by his now becoming a saint. He’s regarded as one of the greatest theologians of all time and many expect him to be named a Doctor of the Church. On a personal note, Cardinal Newman, and specifically his autobiography Apologia pro Vita Sua was a most powerful inspiration toward my own conversion. 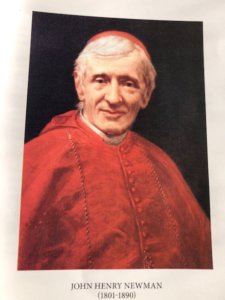 Four others were canonized today, Roman Giuseppina Vannini (1859-1911), foundress of the Daughters of Saint Camillus (dedicated to serving the sick), Mariam Thresia Chiramel Mankidiyan (1876-1926), Indian born foundress of the Congregation of the Holy Family (ministering to families), Dulce Lopes Pontes (1914-1992) who served Brazil’s poor and sick and Marguerite Bays (1815-1879) a Swiss holy woman whose “life was linked to the suffering Christ”. 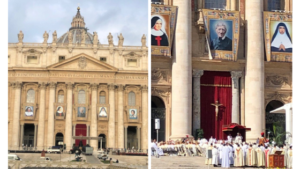 I had arrived in Rome mid-day Friday with transport and hotel nicely curated by 206 Tours. They had picked Starhotels Michelangelo (two thumbs up!) for its proximity to Vatican City, given a tight departure schedule Sunday.  Had experienced a day and a half of its cultural, commercial and culinary pleasures.  It’s my third trip here but few cities feel like they are so deep and that you have just scratched their surface with it’s myriad of neighborhoods, history and infinite number of stunningly beautiful churches whose richness that you almost grow numb to, like the last bite of a two pound lobster.  Today was the raison d’etre and attending a canonization ceremony is a little like the New Year Eve’s experience at Time Square. You have to get there quite early and it is not for the faint of heart, or bladder, though the weather is much better.

I woke up around 5:20 am today, fixed myself a surprisingly serviceable Nescafe powdered cappuccino with an antediluvian hotel electric water warmer, and was out the door around 5:40 am.  A coffee shop was providentially open, so stopped for a second cup to go and ran into a couple of English pilgrims on their way to Saint Peter’s Square; they were “Newman-heads”, like me.

The Michelangelo Hotel was a mere 5-minute walk to St. Peter’s where at 5:50 am, awaited an amoebic queue of about 100 folks, with the “doors” to open at 7 am, though nothing is ever on time in Italy, and they were late this morning also.  The young English lady I had run into at the coffee shop joined me in line with her husband and father-in-law. Pippa, Henry and Russell, respectively, the couple from London and his Dad from traditionally Catholic Norfolk in East Anglia. Pippa is a music teacher and choir leader at a Catholic school in London.  She is also an Anglican convert and we had an enjoyable early morning chat about “swimming the Tiber” and our faith journeys. 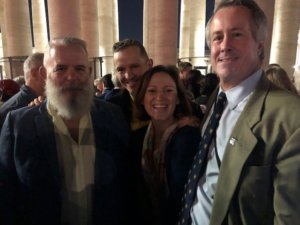 A massive crowd grew behind us and when the police came to the security checkpoints it began to shove forward. When the airport like screening finally opened up around 7:15 AM, it was like being in a rugby scrum and the four of us got separated. I got through and saved the four of us seats and saw Russell come in and waved him over and Henry and Pippa came in about 10 minutes later.  She was pretty shaken by the jostling crowd and their shouting.

The sun rose above St. Peter’s Square and it was a glorious morning. 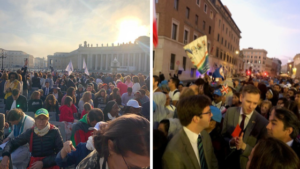 The time passed quickly and made for great people watching as the clerics from all over the world came into their reserved section in front of us, including, to use Pippa’s words, “Vicars with knickers”; meaning women Anglican priests.  Was heartened by the Anglican presence honoring their alum which included a nattily clad Prince Charles who had a front-row seat on the big stage.

There were two priests whom I recognized and was able to say hello to, Father Joseph Scolaro, who grew up in my home parish of Saint Dominic’s, Oyster Bay and is now Pastor at Notre Dame in New Hyde Park.  The other I had just met last week at a Catholic Near East Welfare Association (CNEWA) event, Msgr. David P. Charters, First Secretary to the Permanent Mission of the Holy See to the United Nations.

After being led in a Latin saying of the Glorious Mysteries of the Holy Rosary, the canonization Mass began at about 10:10 AM.  Bishops and Cardinals and finally Pope Francis processed to the stage amidst great orchestral pomp and a beautiful chorus.  That’s Good Pope Francis in the distance.

After the proclamation of Sainthood, the regular Mass liturgy followed.  Pope Francis’ homily was in Italian so will need to get the translation. Hundreds of Priests uber-efficiently distributed communion. Saint Cardinal John Henry Newman’s famous poem/hymn Lead Kindly Light concluded the Mass around noon. I said goodbyes and got out ahead of the crowd to rush back to the hotel and catch a car to the airport, likely missing an up close glimpse of Pope Francis as he toured the square in the Pope-mobile.  Got to the hotel in five minutes with the driver ready and waiting (thanks 206 Tours!).

Am now on an Alitalia flight home and am happily tired and clearly getting old as I have a friend who has become a Bishop and two of my heroes have since become saints (John Paul II the other).  As I fly home a story comes to mind.  There once was a farmer who had a beloved mule. He thought so highly of this mule that he attempted to enter it in the Kentucky Derby. He was told by the race officials that his mule did not have a chance against the thoroughbreds. He replied, “I suppose that’s true, but think of the mighty fine company he’ll keep“.

The faithful and the saints are mighty fine company to keep and I believe it rubs off on us.    Many of you, especially you of the Royal Order of Melchizedek, have been my own spiritual inspirations, for which I say, thanks be to God! Amen.

To Become a Saint: A Reflection on the Canonization of St. John Henry Newman

St. Paul the Apostle in Greece

Travel to The Holy Land 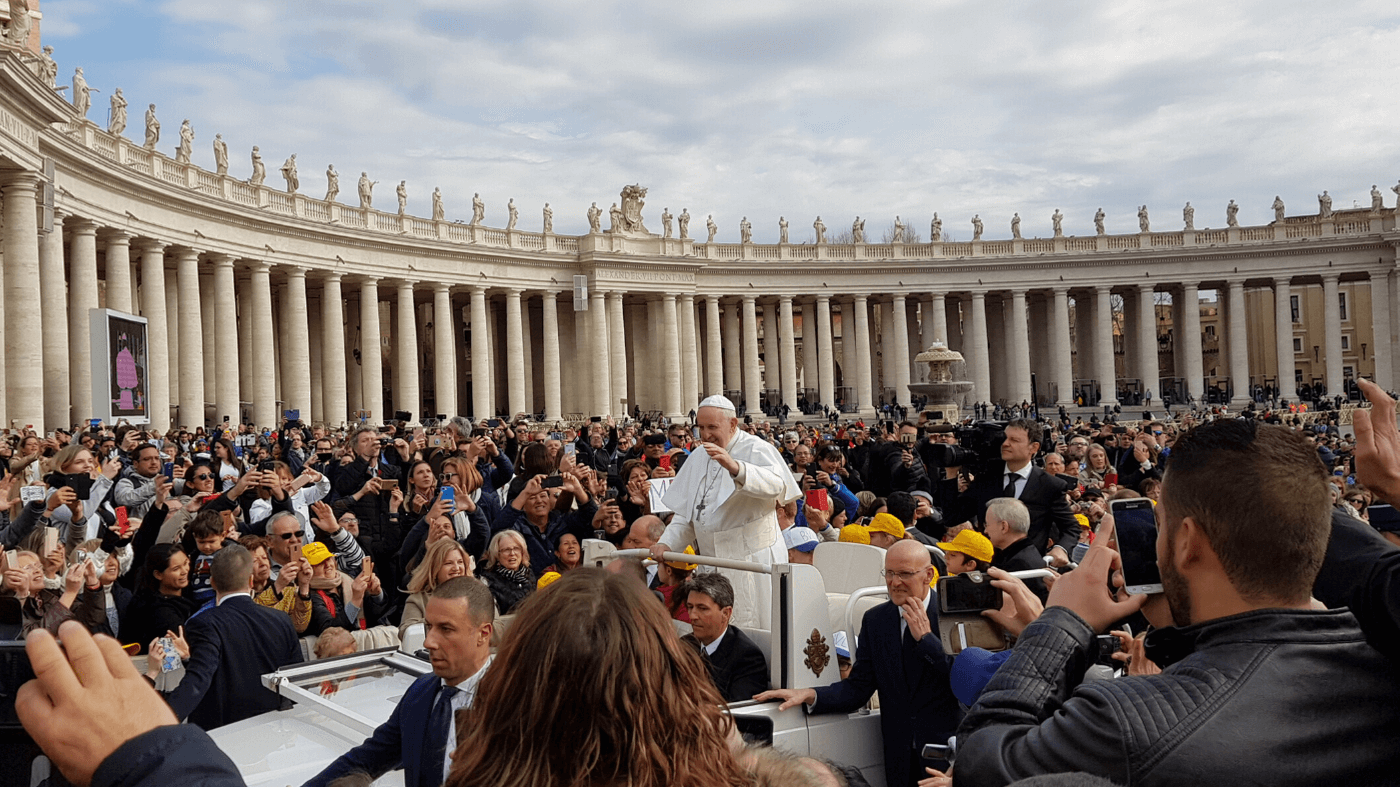 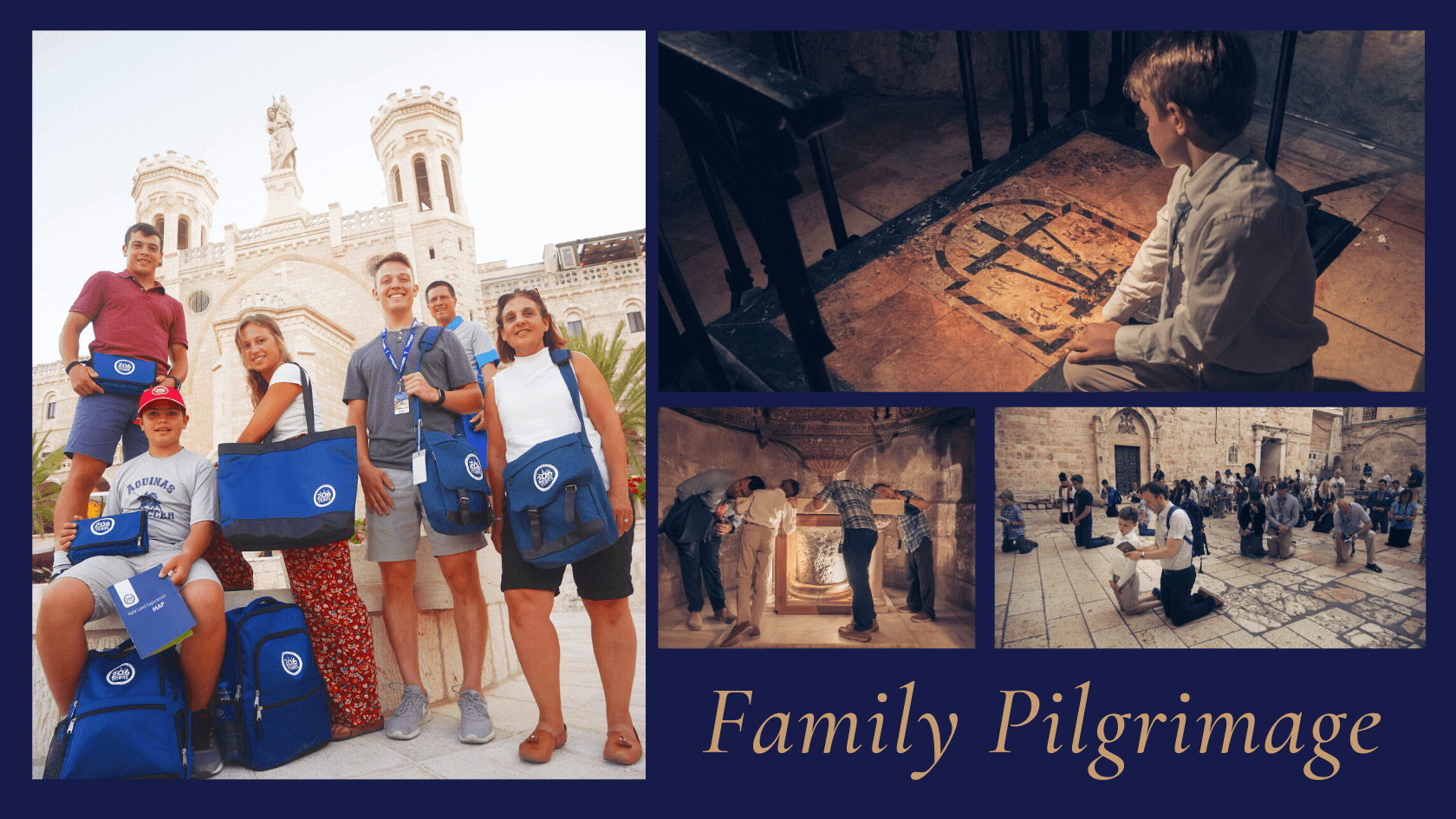 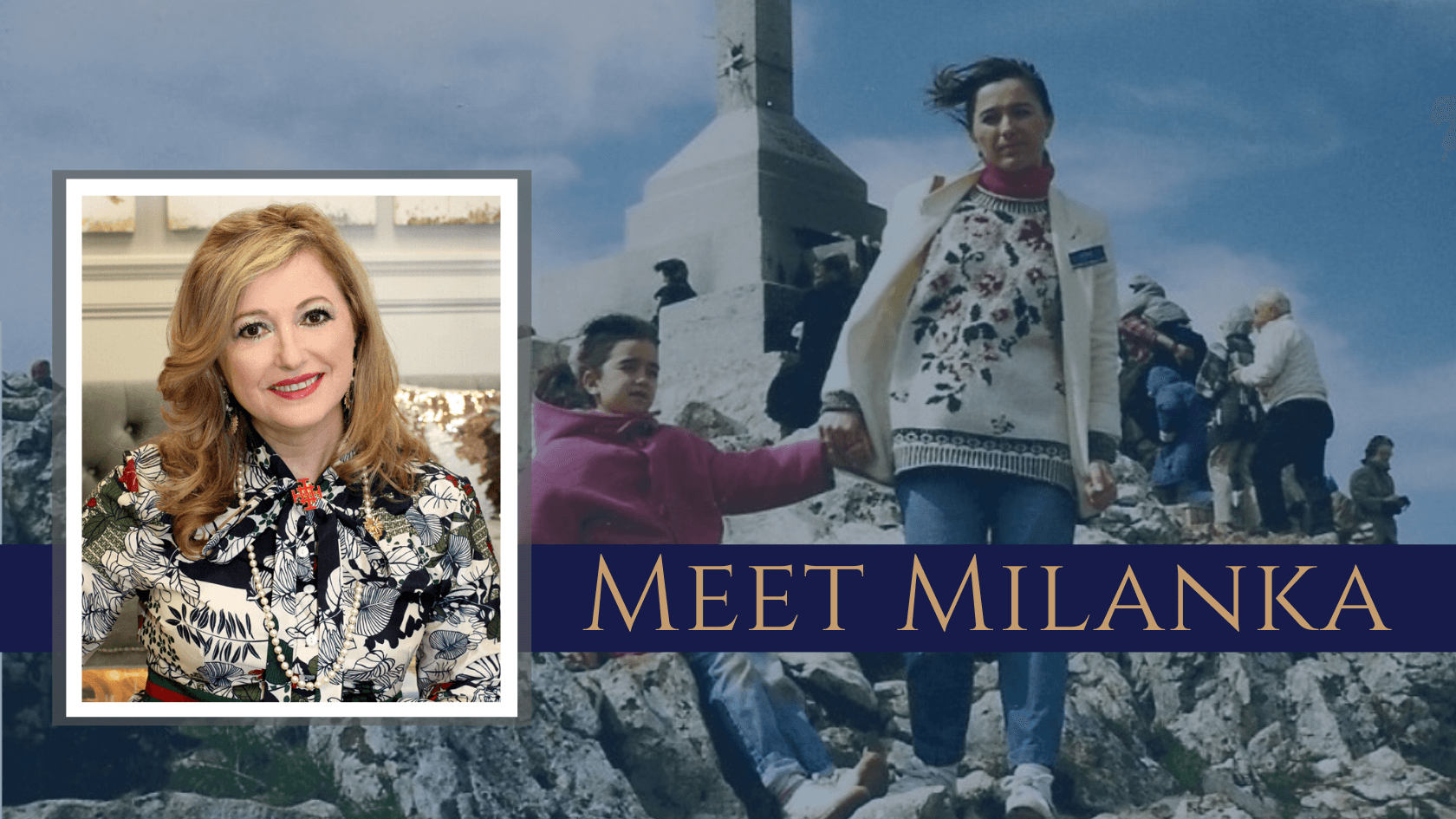 NEW VIDEOS! Our fantastic guides have been sending

To all the Holy Men of God who are celebrating the

From one lock-down, to another; this time in a pla

Wishing all a Happy & safe Memorial Day, as we rem

Please join us in wishing a Happy 22nd Anniversary

Blessed Solemnity of the Ascension of Our Lord to

Starting TOMORROW, head over to Consecration to St

NEW VIDEOS! Our fantastic guides have been sending

To all the Holy Men of God who are celebrating the

From one lock-down, to another; this time in a pla

Wishing all a Happy & safe Memorial Day, as we rem

Please join us in wishing a Happy 22nd Anniversary

Blessed Solemnity of the Ascension of Our Lord to

Starting TOMORROW, head over to Consecration to St