St. Faustina and the Divine Mercy 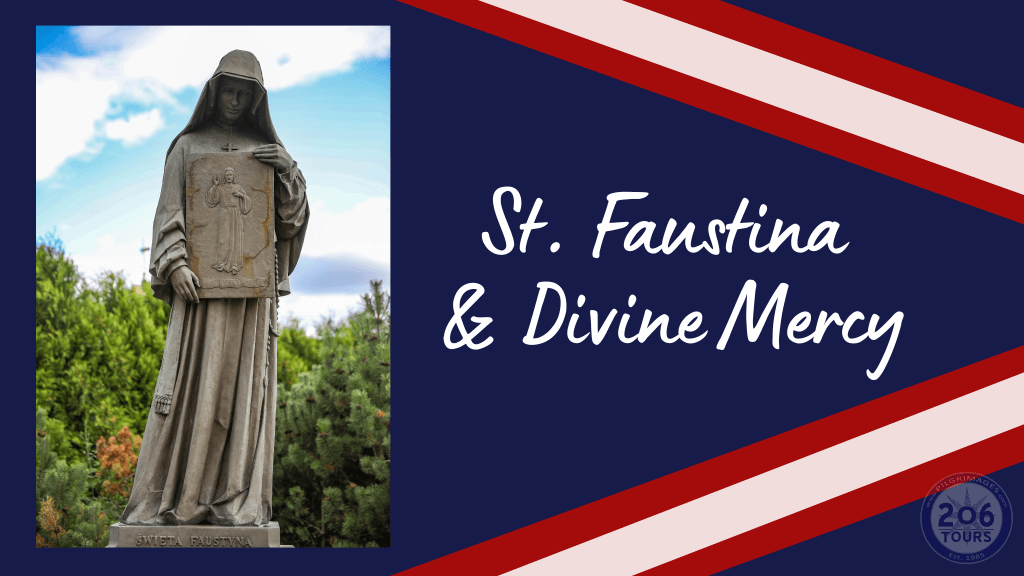 On Sunday, February 22, 1931, through the mediation of St. Faustina, Christ passed on the message of Divine Mercy at Lagiewniki in Poland. As the 20th Anniversary of her Feast Day approaches, we reflect on her incredible life and the miracle of Divine Mercy.

St. Faustina was born Helena Kowalska, to a poor but religious family in Poland in 1905. She joined the convent at the age of 20, taking the religious name, Sister Maria Faustina of the Blessed Sacrament. While assigned to a convent in Plock, Poland – St. Faustina developed an illness that required her to rest for several months at a nearby farm. 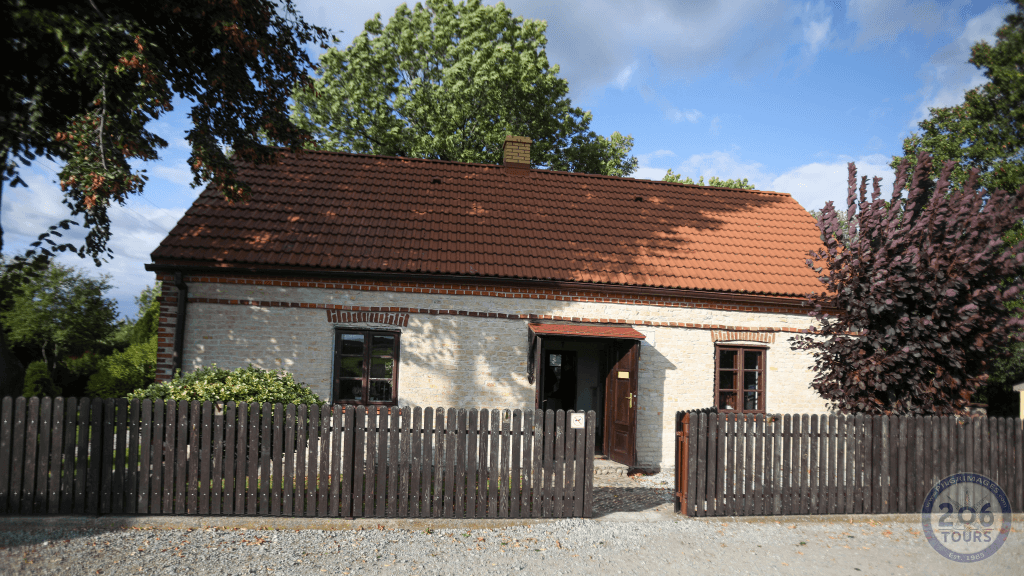 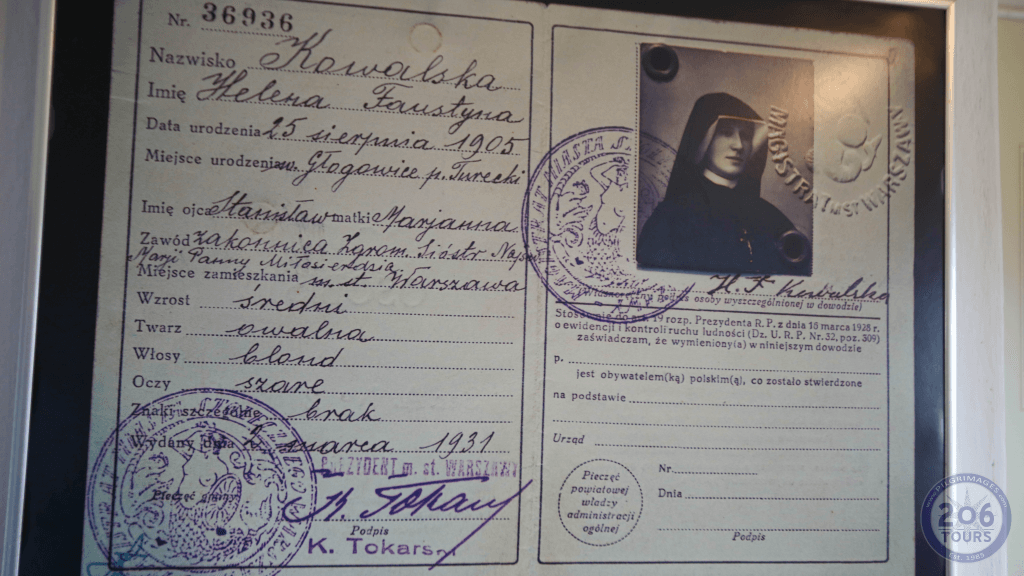 On the night of Sunday, February 22, 1931, Jesus appeared to her wearing a white garment with colorful rays emanating from His heart. She details in her diary that Jesus told her that the first Sunday after Easter is to be celebrated as the Feast of Mercy, and that he wished His image as he appeared before her be venerated and displayed for all to see.

Though she could not paint, she promised to venerate this image. After a few years, with the help of Father Michał Sopoćko, she commissioned artist Eugene Kazimierowski to create the painting what has now become the famous image of Divine Mercy. It is accompanied by the phrase “Jezu ufam Tobie” or “Jesus, I trust in You.” The image has been replicated and distributed countless times, however, the original painting now resides at the Divine Mercy Sanctuary in Vilnius, Lithuania.

For years, St. Faustina conversed with Jesus and devoted her life to His mission of spreading Divine Mercy. Through her steady and impassioned work, the message of Divine Mercy did spread rather quickly through the distribution of brochures, books, and prayer cards. Divine Mercy became a source of inspiration and strength for the Polish people, as just before her death in 1938, St. Faustina predicted that a terrible war was approaching. By 1941, the image and message of Divine Mercy had reached many countries, even as far as the United States.

The main message of the Divine Mercy devotion is to ask for, and receive, the Mercy of God through consistent confession, to trust in Jesus’ Mercy, and to show mercy to others as God would.

In the 1950s, both Pope Pius XI and Pope Pius XII personally spread messages of, and approved the devotion to, the Divine Mercy. St. John Paul II was an ardent supporter of St. Faustina and Divine Mercy – and so he Beatified her in 1993, and Canonized her on April 30th, 2000. Surprisingly, he closed the Canonization by officially designating that Sunday after Easter as the “Feast of Divine Mercy”. Coincidently, St. John Paul II died in Saturday, April 2nd, 2005 – on the eve of Divine Mercy Sunday. He was later Beatified by Pope Emeritus Benedict XVI on Divine Mercy Sunday in 2011, and Canonized on the Holy day in 2014 by Pope Francis. 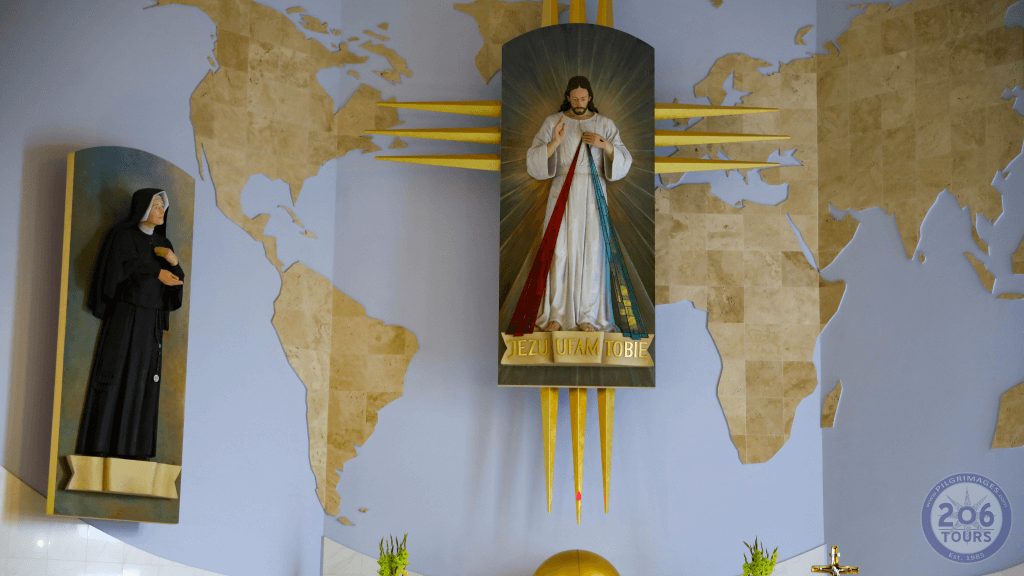 The legacy and strength of the message of Divine Mercy has not wavered, much in part due to the loyalty and perseverance of St. Faustina and those who honored her legacy. St. Faustina now lies at the Divine Mercy Shrine in Lagiewniki, Poland. As her October 5th Feast Day approaches, we take this opportunity to reflect on her devotion and trust in the Mercy of Jesus. In April of 2020, many Catholics will make a Pilgrimage to Poland to celebrate the 20th Anniversary of Divine Mercy Sunday and the Canonization of St. Faustina, to learn more about how you can join, visit www.206tours.com/stfaustina