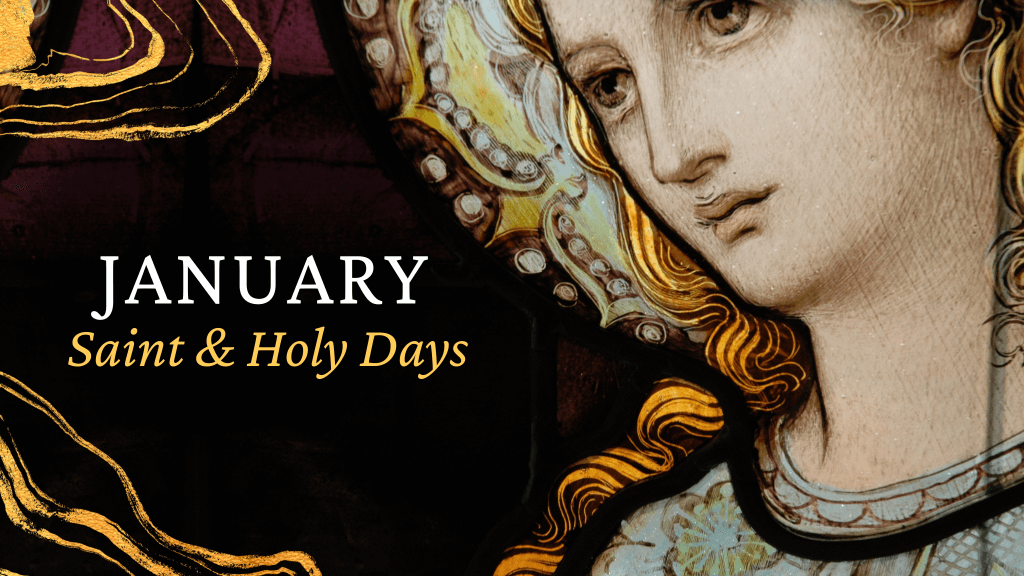 As we begin the New Year, we look forward to celebrating many Saint Days. Here are just a few of our favorite January Feast Days.

The Feast of Mary, the Mother of God – January 1

January 1st, New Year’s Day, is a Holy day of Obligation in the Catholic Church as we celebrate the Feast of Mary, the Mother of God, also known as the “Solemnity of Mary”. The feast celebrates and honors Mary’s motherhood of Jesus. Once celebrated as the Octave of the Nativity, the feast has been celebrated for the Maternity of the Blessed Virgin Mary for centuries.

Saint Genevieve is the Patron Saint of Paris credited for protecting and saving the city of Paris through prayer on multiple occasions. Born in 419 AD, Saint Genevieve died in 512 AD, and is buried at Saint-Etienne-du-Mont. Visit Paris on one of our many Pilgrimages to France.

Saint Sebastian is the Patron Saint of Soldiers, Archers, and Athletes – and is worshiped as a protector against plague. Persecuted for his faith, he was famously tied to a tree and shot with arrows, which he survived. Saint Sebastian was born in Narbonne, France, and died in Rome in 288 AD. Saint Andrew’s Basilica in Arthunkal India is a major 16th-century international Shrine built in his honor. He is also known as “Sebastian of Milan”, or simply as “The Martyr” and his Feast day is celebrated on January 20th.

Celebrate the New Year with these Saints in mind!