Celebrating Our Lady of Fátima 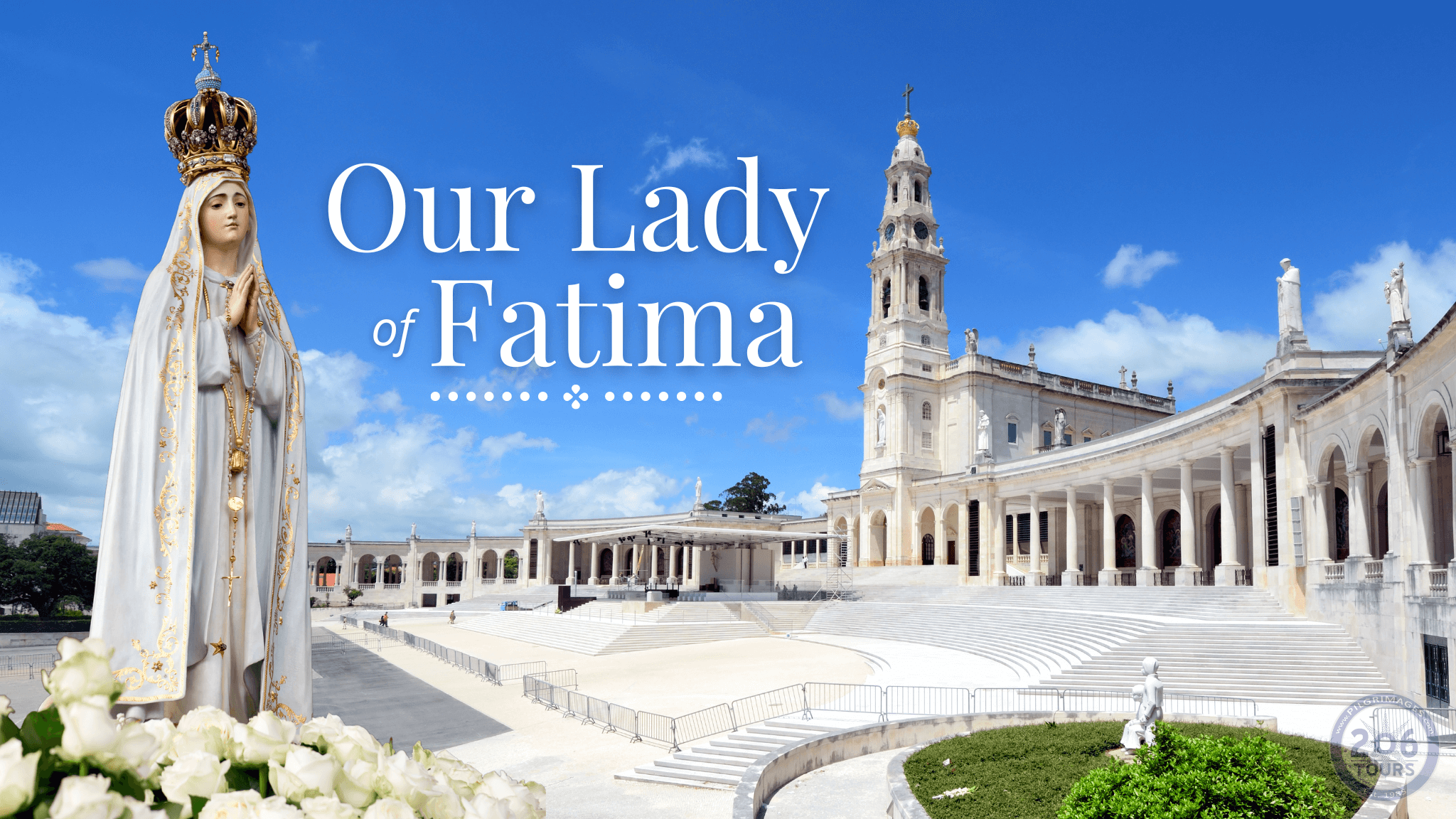 Each year on May 13th, Catholics celebrate the Blessed Virgin Mary by honoring her message of peace and by reflecting on her apparitions in Fátima, Portugal.

The history of Our Lady of Fátima is a miraculous one. On May 13, 1917, the Virgin Mary first appeared to three shepherd children, Sister Lucia, St. Jacinta Marto, and St. Francisco in Fátima. Our Lady appeared to the children a total of six (6) times; the last Marian Apparition took place on October 13, 1917. In the midst of World War I, Mary famously counseled the children to pray the rosary and to pray for world peace.

On May 13, 2017, in celebration and honor of these historic apparitions, Pope Francis Canonized witnesses St. Jacinto Marto and St. Francisco on the 100th Anniversary of the first apparition. He also visited Fátima with about a million Catholic Pilgrims to celebrate the newly Canonized Saints and Our Lady of Fátima.

Fátima has become one of the most popular pilgrimage sites in the world, attracting over 4 million pilgrims on any given year. A Pilgrimage to Fátima is a very spiritual experience as one visits the apparition sites and walks in the footsteps of the shepherd children.

Our Lady of Fátima Pilgrim Sites:

Did You Know These Interesting Facts About Fatima?

As we remember and honor Our Lady of Fátima, her message to pray for peace is just as significant now as it was in 1917. May we all reflect on Our Lady’s messages and honor her through our lives.