The Church of Saint Peter in Chains, or âSan Pietro in Vincoli al Colle Oppioâ is a minor Basilica in Rome, Italy. The Church is also known as âBasilica Eudoxianaâ and famously houses the chains that restrained Saint Peter when he was imprisoned in Jerusalem. The wife of Emperor Valentinian III, Empress Eudoxia, received the chains as a gift from her mother and later gave them to Pope Leo I. When Pope Leo brought the chains to the site of St. Peterâs imprisonment, the chains miraculously joined together. The chains now lie in the reliquary under the main altar. The Basilica also famously displays Michelangeloâs statue of Moses in the tomb of Pope Julius II.

Location: The church is located on Oppian Hill, near the Colosseum, closest to the Cavour metro station.

Accommodations: The Basilica is located in central Rome with many local 4 and 5-star hotels nearby. 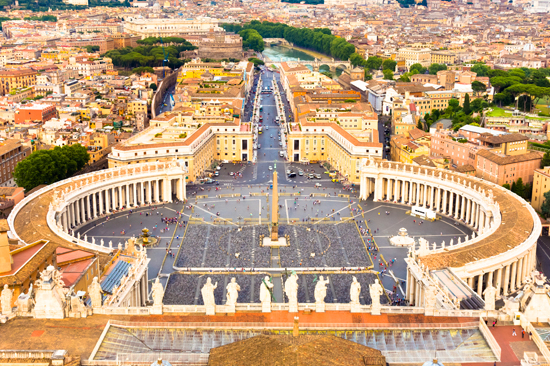 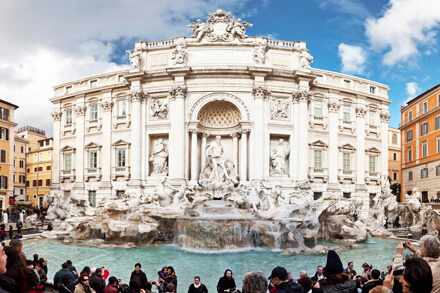