In the Spring of 2019, 206 Tours will be joined by a very special guest – Actor and famous Catholic, Jim Caviezel, in the Holy Land.
His resume consists of such box office hits as Pay It Forward (2000) and The Count of Monte Cristo (2002) – but Jim Caviezel’s most famous role came in the form of Jesus Christ in the 2004 major motion picture, The Passion of the Christ.  The film, directed by Mel Gibson, attracted three (3) Academy Award nominations, along with a huge public response and international awards and nominations. The film details the final days of Jesus Christ’s life, and is still the highest grossing R-rated film of all time – in North America.
Since staring in The Passion Of the Christ, you may have seen Jim in CBS’s widely-acclaimed prime-time drama, Person of Interest (2011 – 2016), or in the film When the Game Stands Tall (2014) and Paul, the Apostle of Christ (2018). 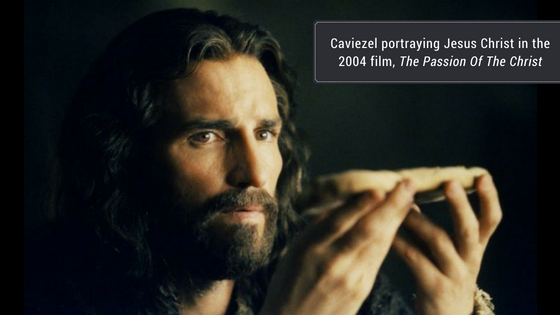 It was announced earlier this year that Jim will reprise his role as Jesus Christ in a new project with Mel Gibson, a sequel to The Passion of the Christ, rumored to be titled, The Passion of the Christ: Resurrection.  Jim describes playing the role of Jesus Christ to be a once in a lifetime experience and is excited to reprise the role. Though much of the plot is still under wraps, in recent interviews Mel Gibson has confirmed that the sequel will pick up right where the first film left off and will be based around the days following the Passion, the Resurrection, and the lives of those close to Jesus.
In a 2016 appearance on the Late Show with Stephen Colbert, when asked how this depiction of the Resurrection will be different than what we have come to worship every Good Friday, Gibson revealed, “it’s an amazing event, and to underpin that with the things around it is really the story to sort of enlighten what that means.” More than 14 years after the first film, Jim, now 49, is just as enthusiastic for the sequel. Earlier this year he made headlines when he said, “the film he’s (Gibson’s) going to do is going to be the biggest film in history. It’s that good.”
In preparation for the project, Jim has decided to make apilgrimage to the Holy Land to walk in Jesus’ footsteps, visiting many Holy Sites. Many of the sites will align with the narrative of the film, including the true Via Dolorosa (Stations of the Cross), Mount Tabor, the site of the Transfiguration, as well as the site of His Crucifixion and His tomb.
Raised in a deeply Catholic family in Washington, Jim has been married for over 20 years, and has three adopted Chinese children, all of whom have suffered serious illness. Jim’s wife will be joining him on the pilgrimage.  In a speech Caviezel delivered to thousands of college students at the SEEK Conference in 2018, he describes receiving a phone call from Mel Gibson about the role out of the blue. Speaking of finding your purpose or calling, he says that Gibson hand selected him, detailing;
“I didn’t know Mel Gibson, I wasn’t politicking for the rule because I didn’t know it was happening. Mel Gibson wants me to play Jesus Christ. He wants the guy with the initials of ‘JC’ who just happens to be 33 years of age, to play Jesus Christ. Is that a coincidence? I don’t think so.” 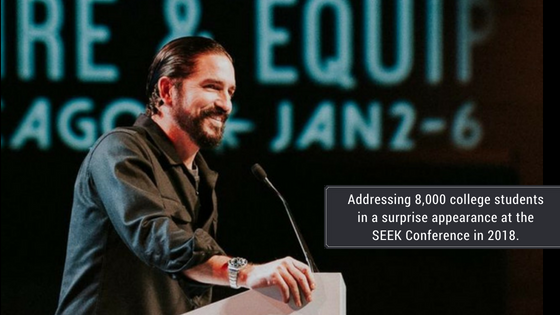 Jim’s experience filming The Passion Of the Christ was quite extraordinary – he suffered accidental whipping, was struck by lightning, dislocated his shoulder, and suffered hypothermia which led to open heart surgery. Of the physical pain he experienced, he says, “When I was up there on the cross I learned that in His suffering was our redemption.” He also said, “(filming) was like a penance…the suffering made my performance, just as it makes our lives… so embrace your cross and race toward your goal.”
We are honored to be a part of Jim’s journey, and his pilgrimage to the Holy Land to gain a deeper connection to Jesus ahead of this exciting new film. For more information on joining Jim in the Holy Land, visit: http://www.206tours.com/jimcaviezel.
Space is Limited – Book Now before it is Sold Out!